A secret civil war has been developing for some years in the “courtyard” of the “great emperor” Putin. A civil war that affects developments in Ukraine but lays the groundwork for power in Russia for decades to come. It is no coincidence that Russia has been recognized by many Western governments as a “state sponsor” of terrorism, and not only for the war crimes it has committed in Ukraine.

Russians who knew too much about the Kremlin’s financial and military secrets and belonged to Putin’s circle are dying en masse. Pavel Antonov, the richest member of the Russian Duma, died in India on December 26. He fell from the window of a hotel where he was celebrating his birthday. Aleksandr Tyulyakov, 61, was found dead in the village of Leninskiy (where top Gazprom executives live) on February 25.
He was Deputy General Director of Gazprom’s SRC for Corporate Security.

On 28 February, Mikhail Watford the Ukrainian-born 66-year-old oil and gas magnate, who also built a property empire in London, was found dead at his home in Surrey.
In March, the bodies of Russian billionaire Vasily Melnikov and his family were found in his luxury flat in Nizhny Novgorod, a city in western Russia.

Leonid Shulman, 60, was found dead in the village of Leninskiy where top Gazprom executives live on January 30.
Shulman was the head of Gazprom Invest’s Transport Department.
Aleksandr Buzakov, 67, died on December 24. The head of the “Admiralty Shipyards” for 10 years – produced the submarines that participated in the invaders.
The bodies of Sergey Protosenya, 55, his wife and daughter were found in an elegant villa in Spain on April 20.

Just a day before the death of Protosenya and his family, the body of Russian oligarch Vladislav Avayev was found in his Moscow flat, along with the bodies of his wife and 13-year-old daughter.
A former top manager Aleksandr Subbotin was found dead in the basement of a residence in a Moscow suburb in May.

On 1 September the chairman of the board of Russia’s largest private Lukoil company, Ravil Maganov, died in what Russian news agencies cited as an accidental fall from a hospital window.

On 14 August, Dan Rapoport, Latvian-American investment banker and outspoken Putin critic who had just left Ukraine after the Russian invasion, was found dead in front of a luxury apartment building in Washington DC
Οn 4 July, multi-millionaire businessman Yuri Voronov was found in the swimming pool at his home in the affluent Vyborgsky neighbourhood of St Petersburg with a gunshot wound to his head.

On 2 September Ivan Pechorin, a top manager at the Corporation for the Development of the Far East and the Arctic, was found dead in Vladivostok after allegedly falling off his luxury yacht and drowning near Cape Ignatyev in the Sea of Japan two days before.

The company’s 43-year-old general director Igor Nosov also died from a reported stroke after taking over the reins in May 2021.

On 2 May, Andrei Krukovsky, the 37-year-old director of a Sochi ski resort owned by the gas giant, died after allegedly falling off a cliff while hiking near the Achipse fortress.

In 2018, former deputy director of the Russian national air carrier Aeroflot Nikolai Glushkov — who famously claimed that about one-fourth of the company’s employees were officers of one of the branches of the country’s intelligence — was found hanged in his home in New Malden, London.

Glushkov was a notable Kremlin critic and a close friend of the late oligarch Boris Berezovsky, who was also found dead with a ligature around his neck in 2013.
In 2017, Rapoport’s then-business partner, Sergei Tkachenko, also fell to his death from his Moscow apartment’s window.

In December 2020, a top Russian scientist developing a novel COVID-19 vaccine, Alexander Kagansky, was found dead after falling from his high-rise apartment in St Petersburg.

In October 2021 Kirill Zhalo Russian diplomat was found dead after he fell from a window of the Russian embassy in Berlin, the son of General Alexey Zhalo, deputy director of the FSB’s Second Service, responsible for dealing with internal political threats for the Kremlin.

In December of the same year, the founder of nationalist blog Sputnik and Pogrom Yegor Prosvirnin died after falling out of a window of a Moscow apartment building.

Alexei Maslov, the 69-year-old former Russian army commander and tank chief, passed away suddenly on Sunday in a Moscow military hospital. One day before Christmas.

The role of Wagner

Prisons have until now been the Wagner mercenary’s major recruitment pool, but its small successes and its biggest failures show it is weighing heavily on the African businesses that supply the diamonds and gold. Its experienced operatives from Middle East and Balkans, cannot be easily replaced, and Putin does not want a powerful mercenary private company inside Russia the day after war. But he has them back and certainly when the time comes to “replace” them. That’s why Armen Sarkisyan has been appointed as the new administrator for prisons in Russian-occupied territories in Ukraine, and Sarkisyan plans to use his role to create a new “private military company.” Samvel Karapetyan is sponsoring the effort. Karapetyan owns Tashir Holding, a long-time subcontractor of Russian state energy company Gazprom.

The Russians are trying to create a counterweight to the de facto monopoly of the private Russian mercenary company Wagner because and Putin’s oligarchs care only for the next day they don’t care about the war and they know that they will take too long to train the young mobilized troops who are being killed by the thousands on the bloody fields of Ukraine.
They have time to clean up the energy and industrial-military complex again, after all, in a few days the new wave of mobilizations officially begins and it will be a good opportunity. 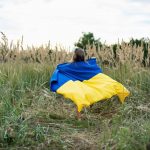 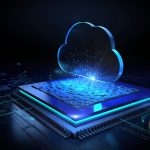