As of this writing, the war in Ukraine has been going on for ten months. Despite the hopes of many policymakers in NATO and the EU, certain hard truths need to be acknowledged. First, while Russia’s economy has taken a hit (the Russian Central Bank has predicted a fall in GDP between 3% and 3.5%), it has not collapsed. In fact, the RCB is expecting a return to growth by the second half of 2023. Second, despite some early setbacks, the Russian military is not disintegrating, running out of ammunition, or suffering from any discernible wide-spread morale issues. More importantly, as the missile attacks on Ukrainian infrastructure and the recent battles for Bakhmut and Donetsk illustrate, there is every indication that the Russian military has changed its military posture from a more limited military operation to something more akin to an all-out war of attrition. Considering the fact that there are currently 540,000 well-stocked, combat-ready, Russian troops assembled in Ukraine, Western Russia, and Belarus,[1] Moscow is well suited to continue this war for a long time.

At the same time, this war has had a devastating impact on Ukraine and the world. Over 14 million Ukrainians have fled the country[2], up to 120,000 Ukrainian soldiers have been killed, according to EU Commission chief, Ursula von der Leyen, and Ukraine’s GDP is predicted to fall 45%.[3] The expanded conflict between the West and Russia has cost the US, alone, almost $50 billion[4] and has seriously depleted US (and its allies’) military stockpiles.[5] The economic disruption caused by the sanctions imposed on Russia, have also devastated European economies. According to the IMF, both Germany and Italy are expected to slip into recession in 2023, with Germany’s economy expected to shrink by .3%.[6] Further, this conflict has effects beyond Europe, impacting the ability of the developing world to access grain and foodstuffs. As this war drags on, with thousands dying, the continuous destruction of Ukraine’s economy and infrastructures, and the promise of only more devastation to come, it is past time to end this escalatory spiral.

What has been lost in the fog of war is the pattern of Russian behavior which, I would argue, clearly demonstrates a willingness to negotiate. Moscow follows Clausewitz’s dictum: “War is policy by other means”. To that end, Russia has been escalating to force negotiations on its security concerns, specifically NATO expansion and Ukraine’s relationship with that organization. The pattern is apparent since before the invasion. In December and January, as Russian forces gathered on Ukraine’s border, Putin sought security guarantees from the US and NATO. The threat was clear: negotiate or we will invade. When the Western leaders turned down his proposals, the Kremlin invaded Ukraine. Yet the Kremlin continued to negotiate with Kyiv (and its Western backers) to find a way to end the conflict and, more importantly, acknowledge its security concerns. At each stage of the negotiations, Putin escalated to force negotiations.

This strategy seemed to work. An agreement was reached in April that would have seen Russia withdraw to pre-invasion lines and Ukraine assert it neutrality. But shortly after the announcement of this accord, British Prime Minister Boris Johnson, reportedly intervened to scuttle the agreement. From that point on, Russia no longer saw Kyiv as a reliable negotiating partner. Consequently, Washington and London became the targets of its escalatory campaign. We need to understand the recent partial mobilization, the expansion of the war, and threats to use nuclear weapons in this context. Moscow is showing it is willing to enlarge the conflict to achieve its aims, trying to put pressure on Western leaders to force a negotiated settlement.

In many Western policy circles, and the media, the drumbeat for continued conflict is deafening. But saner voices are beginning to appear. Importantly, there are now some asking, where is this all going? While Zelensky’s goals in this war may have grown, fueled by successes in Kherson and Kharkiv, anyone with an objective view will tell you that Ukraine has little hope of recapturing all the territory Russia took (this includes Crimea). Even the chairman of the Joint Chiefs of Staff, General Mark Milley, in a statement to the New York Times, noted that “the Ukrainians have achieved about as much as they could reasonably expect on the battlefield” and called for negotiations.[7] Yet the official US policy continues to note that they will support Ukraine until victory.

While few knowledgeable people will argue that Ukraine has much of a chance of expelling Russia completely from its territory, even back to the pre-February 24, lines, it is also true that, even if Russia wanted to, it does not have the forces to occupy all of Ukraine. So, a stalemate is inevitable. A fact which is recognized in a leaked US intelligence assessment.[8] So inexorably a negotiated settlement will have to happen. The acceptance of this is illustrated by the Biden administration’s, not so, covert pressure on Kyiv to negotiate with Moscow. The question is how many more people will need to die and how much more of Ukraine will be destroyed before negotiations take place? 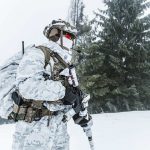 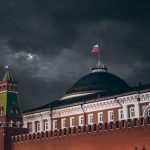