Many Russians have moved to former Soviet republics such as Kazakhstan, Azerbaijan and Georgia, fleeing Vladimir Putin’s mobilization. These countries, long undervalued by the Russians as a source of cheap labor, now are seen as an opportunity to acquire the skilled knowledge workers their economies need.

Residents of Bishkek have been confronted with an unusual sight in recent weeks: the streets of the Kyrgyz capital fill with tens of thousands of men with European features: Russian citizens fleeing President Vladimir Putin’s “partial mobilization” of 300,000 reservists to fight the war against Ukraine. The people and government of Kyrgyzstan welcomed them with great enthusiasm.

Many other Eurasian cities such as Tbilisi, Baku, Yerevan and Almaty have also seen the reception of Russian troops.

The reason is simple: None of these former Soviet republics – in Russia, often referred to as “near abroad” – require entry visas for Russian citizens. These countries, long disparaged by the Russians as hotbeds of cheap labor, now see the drain on Russia’s educated people as an opportunity to acquire the skilled knowledge workers they desperately need.

So far, the Ministry of Defense of Russia has not expressed from the governments of Georgia, Kazakhstan and other countries to deport Russian deserters and soldiers who have crossed their borders. But it is doubtful that this permissive policy will last if the Russian military continues to suffer from serious deficiencies.

Immediately after Putin announced the mobilization, queues began forming at checkpoints along all of Russia’s borders with former Soviet republics. At the checkpoint on the Russian-Georgian border, there were so many cars that people had to wait up to four days to get through.

In the three weeks since Putin unveiled his draft, 700,000 people have left Russia. Earlier this month, Kazakhstan reported that 200,000 Russian citizens had entered the country since mid-September. Meanwhile, Georgia reported that the number of Russians arriving in the country increased by 40-45%, to 53,000, in the same period.[i]

“An immigrant  is someone who survived and who can create the future.”

It should come as no surprise that Russian expats are already transforming their host countries. With hotels and hostels at capacity, rents are skyrocketing. Some tenants were kicked out of their apartments in favor of higher paying Russians.

Even so, locals in all former Soviet countries welcomed the new arrivals. Central Asian governments, for their part, soon realized that attracting highly skilled Russian professionals, especially Russia’s much-vaunted tech elite, could benefit their economies and improve their education systems.

For example, Kazakhstan is actively trying to attract Russian immigrants. The country grants foreigners working in the Astana Hub industrial park five-year visas and exempts them from almost all taxes. Kyrgyzstan allows Russians to work without a permit, immediately receive a personal identification number and receive simplified services from the Ministry of Justice and tax authorities. According to Economy and Trade Minister Daniyar Amangeldiev, the goal is “to create more favorable conditions for the relocation of such people to the Kyrgyz Republic.”

Undoubtedly, the migration wave is something temporary. Many Russian immigrants, especially those who quit their jobs and did not find new sources of income in other countries, will return to Russia when they feel they are in a safe place. But those who can work, earn money and feel comfortable abroad will not rush back. And, of course, there will be those who would not want to live in a cut off country like Russia today.

Many of those moving away from Russia these days belong to the country’s elite. If the war in Ukraine turns into a steady brain drain, the Russian economy will suffer even more than it already has. The country’s brightest minds will continue to seek new homes abroad, and their former Soviet compatriots will be happy to oblige.[ii] 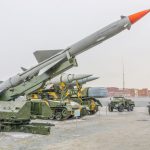