There are four types of nuclear weapons that can be built and inserted in a country’s military arsenal. (1) Thermonuclear or hydrogen bombs are using nuclear fission are the ones yielding the largest explosion and blast radius.  (2) Atomic bombs are using nuclear fission and yield usually smaller blast radius compared to thermonuclear bombs. Hiroshima and Nagasaki were destroyed by atomic bombs of 15 and 20 kilotons respectively. (3) Neutron bombs very small thermonuclear weapons that could be used for smaller targets like tank and infantry divisions deployed on the battlefield. Neutron bombs have a small blast radius and does not produce enough energy to destroy cities but still release substantial radiations. (4) Dirty bombs are made of radioactive material (non-nuclear) that is spread by the detonation of conventional explosive. This type of radioactive weapon does not have a fatality rate that compares to other nuclear weapons but certainly has a powerful psychological effect. The most powerful thermonuclear and atomic bombs are considered strategic weapons as they can destroy vast areas of a country including large cities. These bombs can be delivered through a “nuclear triad”: strategic bombers, intercontinental ballistic missiles, and submarine-launched ballistic missiles.

Smaller atomic and neutron bombs could be used on a battlefield against specific military targets with a limited blast radius. These bombs are considered tactical or non-strategic nuclear weapons and can be delivered through short range missiles and aircraft.

However, until today, no nuclear bombs have been used for tactical purpose on a battlefield.

With the exception of Pakistan, the United Kingdom, and the United States, most existing nuclear doctrines developed by states officially having nuclear weapons, have been designed for defense purpose only and to deter a first nuclear strike by guaranteeing a mutual assured destruction (MAD) through a retaliatory nuclear strike. Each country has outlined the conditions under which they would resort to the use of nuclear weapons if attacked.  Table 1 identifies these reasons for each nuclear power state and the estimated size of their nuclear arsenal.

Table 1: Doctrine on the use of nuclear weapons according to existing nuclear powers[1]

The rise of an Offensive Deterrence Approach to Nuclear Weapons

With the tension rising between China and Taiwan as well as the intensification of the conflict in Ukraine, we have witnessed a shift in discourses and actions regarding the use of nuclear weapons. The first sign of a possible shift in the defensive doctrine of Russia is when President Putin placed the Russian Nuclear Deterrent Forces on high alert on February 27th. By doing so, he created a departure from the Russian Nuclear Doctrine solely centered around the defense of the country against an existential threat and decided to use the country’s nuclear capability as a shield for an offensive strategy – the aggression of Ukraine and the so-called “special military operation”. The use of a nuclear shield for an offensive operation is a significant change from the established norm, which may suggest a predisposed mindset for the use of nukes in Ukraine to support Russia victory ambitions against the West. Since February 27th 2022, Russian officials, including President Putin, have waved the threat of the use of nuclear weapons in Ukraine several times (Associated Press 2022).

In July 2022, the China’s Communist Party released a video threatening Japan of nuclear retaliation if it intervenes militarily in Taiwan. According to the video, Japan would be the exception for which the Chinese nuclear doctrine would not apply. Japan is a non-nuclear country and China affirmed that it would forfeit it’s “No first Use” doctrine against Japan (Business Standard 2022). In fact, since 2018, China has been very aggressive with its nuclear program and developed similar triad capability than Russia, United Kingdom, and United States. This rapid expansion and recent aggressive rhetoric against Japan represent a departure from Chinese minimal deterrence approach. US military leaders believe that the motivation behind the nuclear build up could be China’s ambition for Taiwan (Chin 2022). China has the capability to deter western countries with the threat of a nuclear strike if they try to counter a military offensive on Taiwan. The rise of a nuclear China is particularly concerning since the country is not part of any nuclear treaty like START.

Based on these recent actions and rhetoric, it becomes more evident that China and Russia may revert to an “offensive deterrence strategy” when it comes to the use of nuclear weapons in regional conflicts.

An offensive deterrence nuclear strategy would translate into the use of or the threat of using smaller nuclear weapons to raise the military stake and the human cost for western countries if they choose to directly counter a military operation against Ukraine or Taiwan.

In other words, offensive deterrence is the process by which a belligerent country could (1) escalate a conflict by using or threatening to use low yield nuclear weapons in order to (2) deter international military interference in the conflict (e.g., withdraw or hold back of western forces from the battlefield). This strategy is likely to be used by countries like China, North Korea, and Russia that don’t have the conventional capabilities to win a war against western countries but could threat the use of nuclear weapons to shield their offensive military operations.

Several decades of Cold War between the Soviet Union and the West had the world accustomed to the perceived use of nuclear weapons in a “mutual assured destruction” deterrence paradigm.

Until recently, protection against existential threats and defense of territory and allies against a nuclear power were the chief justification for resorting to atomic arsenals. In the light of recent nuclear threats and territorial claims made by China (Taiwan), Russia (Ukraine), and North Korea (South Korea), Western nuclear powers have to adjust to an environment in which these countries may intend to play the nuclear card to support their territorial expansion. The United States and NATO allies have to develop and implement a credible strategy that will re-calibrate the balance of nuclear deterrence, end the nuclear blackmail, and continue to prevent the escalation of conflict into a nuclear war. Failure to address this perceived shift to an offensive deterrence nuclear strategy could lead to significant military invasions in Asia and Europe, directly destabilize the current world order, and likely precipitate into a global conflict with catastrophic nuclear consequences.

[1] Israel was not included in this list since it has not confirmed officially having nuclear weapons but experts are suspecting Israel to have between 90-400 warheads (Kristensen and Norris 2014). 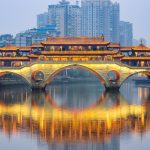 China and Taiwan on a Collision Course 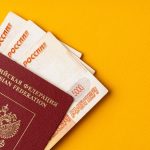