The true battle for hegemony over Iraq began with the Iranian artillery bombing Iraqi Kurdistan region. As the Iran Nuclear Deal has failed massively and is an antithesis to the meaning of resurrection, the prediction in the last Situation Analysis came to reality. A prediction of the next strike will break the Heartland Union’s control over the Rimland, Iran being the target here.

This situation analysis will discuss the new geopolitics of the Middle East, and it will focus mainly on the Middle East. It will also include The Emirates, Greece, Iran, Saudi Arabia, and Iraq. Geopolitics, such as future alliances and strategic affairs. Analysis for these states will be discussed shortly, with the latest updates as a gateway for future publications focusing exclusively on the Middle East region.

At the beginning of the situation analysis, a new alliance that will shake the foundations of Middle Eastern foreign relations is the[MOU1]  Emirati-Greek alliance. The future of this alliance looks bright with developments in all the Instruments of National Power for both nations, and its impact is far and wide. Therefore, the Emirati-Greek alliance is strong, with many new opportunities to take by both countries in the future.[i] A quick review of the Instruments of National Power: diplomacy, information, military, and economy. Information as in intelligence, media, or any information announced by a nation-state using its mainstream sources. For example, newspapers, think tanks, and government publications, among others.

With the diplomatic visit to Athens by Sheikh Mohammed bin Zayed Al Nahyan President of the UAE, expressions of strength and brotherly ties were exchanged, including similar interests internationally concerning the current tensions around the world.[[ii]] Focused on maintaining the peace and an invitation to Prime Minister Kyriakos Mitsotakis to attend the 28th Conference of the Parties to combat climate change, as it was one of the issues of discussion in this visit.[[iii]] Other areas of focus in the visit include the economy, trade, and food security.[[iv]]

The latest updates from Iran regard the Iranian expansion in the Middle East and the current Iranian protests. There is no need to mention the damage and conflict the Iranian regime’s “forward defense” strategy has done to the Middle East.[[v]] This strategy focuses on battling the world in neighboring countries to Iran in order to avoid direct combat with countries that are technologically superior to Iran,[[vi]] by implementing the creation of militia in these countries. Moreover, with the current protests in Iran passing over 30 days, the pressure is high on the Iranian regime. [[vii]]

Many false accusations were made against the Kingdom of Saudi Arabia that it had chosen the Russian side in the Ukrainian war. However, this is not true, Saudi Arabia supported the territorial integrity of Ukraine, and President Volodymyr Zelenskyy thanked Crown Prince Mohammed bin Salman of Saudi Arabia.[[viii]] Even with a humanitarian aid package of $400 million and successfully releasing prisoners of war, this move is diplomatic at its finest.[[ix]] Therefore, this move by Saudi Arabia is a de-escalation move and an initiation of mediation between Russia and Ukraine.[[x]]

Geographically the center of the Middle East is the republic of Iraq. Consequently, after the invasion of Iraq in 2003, the Middle East began to destabilize when Iran financed and trained militia groups in Iraq.[[xi]] Because the triangular rivalry between Iran, Iraq, and Saudi Arabia was broken, the Middle East’s hegemon was removed.[[xii]] Causing a power vacuum that allowed Iran to expand across the Middle East.[[xiii]]

Iraq has been through a very troubling time after the invasion of 2003, and the country began to have major issues from 1979 onwards. However, the clash between the Sadrist Movement and the Coordination Framework[MOU2]  gave hope for a huge reform in the country’s political elite class. The Sadrist Movement is led by Muqtada Al Sadr, an Iraqi politician, Shiite religious authority, and militia leader. However, the Coordination Framework is an alliance between Iraqi political parties that are pro-Iranian. A famous personality in this alliance is ex-Prime Minister Nouri Al Maliki, from the State of Law Coalition. Both of these personalities have had an influence on the Iraqi political landscape after 2003.

The Muhasasa phenomenon[MOU3]  is a way of running politics followed after the fall of Saddam’s Iraq, and it is a way of dealing with dividing the highest political positions in the country to choose the President, Prime Minister, and Speaker of the Council of Representatives. Muhasasa gives no hope for the engine of democracy to start.[[xiv]] That means[MOU4]  democracy does not take its course naturally in the Republic of Iraq because of corruption, outside influence, lack of true national interest, and other issues.

Regardless of the protests in Iraq and the death of many young Iraqis, the Muhasasa, or the political system installed in Iraq after 2003…won yet again. By having a Kurdish President, a Shiite Prime Minister, and a Sunni Speaker of the Council of Representatives. 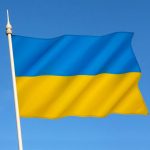 Toward a War in Europe? An Analysis of the Escalation Trajectory in the Ukraine Conflict 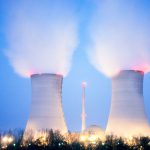