On September 14 Ursula von der Leyen, the European President, presented a new energy strategy to the European Parliament. Main strategy shown at present is not only to quell the still strong influence of Russian oil and natural gas in the European energy mix, but also to put in place major new instruments to counter soaring energy bills for consumers and industry. The emergency measures proposed however are not yet being put in place, as most of the proposals, especially windfall-tax or the so-called ‘extreme profit’ tax, still need to be agreed upon by the respective member countries.

At the same time, until now the EU has had not the power to tax Europeans, as the latter still falls under national jurisdictions and instrument. Brussels is heading for a major confrontation if these tax proposals, or so-called energy bill mitigation strategies, will have to be implemented. Von der Leyen referred already to Article 122 of the EU, which allows, according to Brussels, that the union can act without support of its members in case of severe emergencies.

The European Union, and its former member UK, is heading to a major economic-financial and most probably political crisis within the next coming months. Whatever the outcome will be of the ongoing Russian aggression in Ukraine, energy markets and global economies are heading for a major showdown.

Action is being taken, as shown by the increased focus of European countries to substitute Russian oil and gas by new sources, as shown by new LNG import terminals but also by additional renewable energy project proposals. Still, some can argue that a reassessment already is needed, as Brussels, The Hague, London, Berlin and others, are only focusing on the symptoms of the ongoing energy crisis, but don’t have any urgency measures in place to address the real issue.

Demand is and will be for longer higher than expected, while supply worldwide is sluggish. It is almost incomprehensible that the total efforts now to mitigate higher energy bills, possible wide-scale industrial destruction or bankruptcies are not taken as the outcome of a fledgling and totally misled energy transition strategy since the start of the 21st Century. European governments are at present blaming the energy markets for the current situation, while based on any economic theory in place, current price hikes show that the market functions extremely well. Demand and supply are out of sync, which was already the case before Russia invaded Ukraine or international sanctions blocked Russian energy supplies. Market instruments are working, especially if you look at the immense emphasis on spot-markets and day-ahead electricity prices.

The new EU strategy however wants not only to counter current high energy prices, but also structurally change energy markets. At the same time, Brussels and others are putting in place proposals to put an oil price cap on Russian energy. Interference of a state or the EU in markets is possibly going to result in the opposite than what politicians expect. A distortion of energy markets, which has been put in place before by pushing renewables vs hydrocarbons, is not going to result in a major stable environment for consumers and industry.

Brussels proposal to also put in place a wind-fall tax on hydrocarbon companies and even on non-gas power producers is even more of a clear and present danger for Europe’s energy future. While the political message is clear, consumers and industry is confronted by extreme high energy bills, while energy producers’ profits are breaking records every day.

The political strategy to roam off some profits to relieve some of the consumers ‘pain is laudable, but in reality contra-productive.

To cap profits, especially if stating that the cap is linked to profits made in 2020-2021 (COVID, extreme low profits), companies are going to face a bill of more than $140-150 billion. In how far these figures are reality is unclear, but to hit companies by looking into historical performances is a new kid on the block. It not only punishes success and commercial strategies, but also puts a red light on all future project and investment schemes needed to push for a stronger European security of energy supply.

The drastic moves of Brussels, and some European governments, will be a boomerang, hitting them in the face for decades. Brussels has now shown to be willing to interfere in a market, functioning well even during high geopolitical stress, at the costs of parties that are needed to set up a new energy system in the future.

Brussels also will need to realize that most of the big energy companies, service providers and even financial backers, are not European. Most oil and gas giants are outside of the EU, while most renewable energy investors in the future will be from MENA, Asia and other places. EU interference in commercial terms, profits or even pricing, will be a red line that none wants to cross even. If Europe’s energy future needs to be secured, its forecasting needs first look at why did we end up here in 2022. No, it is not only Ukraine-Russia or COVID, it based on decision taken before. The destruction of the world’s best working energy markets, oil-gas and coal, has been put in place by European institutions and politicians. The idea-fix that renewables could be relied on already to counter a loss of oil and gas in the market has been clearly proven wrong. A strong energy security system is based on all available energy sources, including hydrocarbons and nuclear. By punishing or forcing these sectors now to cut their profits is going to slow down all in future.

Even if Ukraine will be victorious, remove Russia from its territory, and Moscow will concede to become a partner in future again, energy security of Europe will still be 100% the same as it is now. Supply however is lacking, for all energy sectors, which Brussels also doesn’t understand yet. To expand renewables more hydrocarbons are needed, as steel, aluminum and other products are heavily hydrocarbon energy intensive. The need to increase production is not recognized, while companies will have to invest and take risks. The appetite for the latter is now undermined by Brussels and others.

The coming years, especially between 2022-2026 will be very harsh for all, if no other approach is being taken. To set up a better energy mix, heading towards a removal of most of hydrocarbons as energy (!), we need to speed up transition. The latter is not thriving on renewable energy, but on hydrocarbons or hopefully nuclear too.

The failure of Putin, a removal of the Russian threat, or even a relocation of manufacturing from China to ROW, all will not result in a new energy structure before 2040-45. To back up a bridge towards this, an realistic and applicable strategy is needed, which will entice and involve energy sector participants to be involved in Europe. If not, Brussels will need to expect a slowdown of the economy, a loss of energy intensive industries, also food and fertilizer, but also metals and mining. Without these sectors demand for energy will be lower for sure, but employment, economic and food-security will be hit extremely hard.

The current Von der Leyen EU proposals are not only tricky for the future of energy security and supply, but also could even be negative towards climate change. 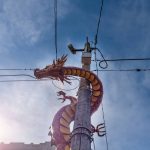 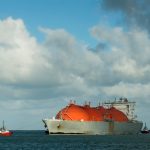