This opinion editorial will discuss alliance formations for the People’s Republic of China, and the European Union (EU), focusing on Germany. In the past two articles, we have discussed Taiwan being at the center of a rivalry between the United States (U.S.) and China. Erstwhile, Germany is choosing between buying gas from Russia or leading the North Atlantic Treaty Organization in Europe against the Russian aggression on Ukraine. However, a matter of pinnacle importance has not been discussed, and that is, are the relations between Germany and China weakening or strengthening? Is there a possibility for Germany to join the Eastern Camp of Russia and China?

Russia, China, and Iran are all threatening the status quo and the continuation of the American world hegemony; reasons aside, power wins. Looking at the world from a neorealism lens shows that countries must change their alignments to secure their civilizations. We have seen this in the Middle East, the Abrahamic Accords, and the Emirati-Greek alliance. Therefore, concerning the questions in this article, the possibility of Europe being neutral at the least in this worldly confrontation is not possible.[i] According to the German Federal Minister of Defense, Annegret Karrenbauer, she said, ‘We are not “somewhere in the middle”. We are and will continue to be part of the West.’[ii] Germany’s new China policy will not concern trade above values but a value-based relationship. The German finance Minister Christian Lindner said, “It may be a trading partner, but it’s also a systemic rival.”[iii]

The issue is the governments of Russia and China uniting geopolitically by implementing the Heartland theory by Halford Mackinder.[iv] Hence, imagine the Finlandization of Germany…The U.S. needs to stretch like a rubber band to defend itself.[v] Historically, Germany participated in two world wars on two fronts, and everyone knows the outcome of such a strategy. Therefore, history is repeating itself, and the U.S. must stretch to defend itself because it cannot let China and Russia expand as China and Russia need to expand to catch the opportunity.

Mr. Abe said that Japan should consider hosting American nuclear weapons concerning Taiwan due to the duel between the U.S. and China.[ix] The Japanese are rethinking rebuilding their military due to fear of old animosities with the Chinese. Regarding American hegemony in East Asia, it has been certified by President Biden’s visit to South Korea and Japan, as well as Hyundai’s investment of $5 bn.[x] The U.S. must demonstrate its power, influence, and superiority to keep its allies inclined to continue their alliance with the U.S. because when the hegemon does not show power, allies turn into neutrals.[xi]

Henry Kissinger states, “If leaders around the world … assume that the U.S. lacked either the forces or the will … they will accommodate themselves to what they will regard. as the dominant trend.”[xii] And band-wagoning can occur, or in the Cold-War terminology, the Chinese sphere of influence can increase to accommodate these neutral countries.

The Chinese government is rising with its bilateral diplomacy, economic offers, and the Road and Belt Initiative (BRI). China has also been moving diplomatically, economically, and militarily against the independence of Taiwan.[xiii] It is only natural that a substantial government such as the government of China wants to expand amid these rising tensions. However, governments in proximity to China tend to bandwagon when there is a considerable threat to their independence, in this case, such as China.[xiv]

To answer the questions at the beginning of the article, are the relations between Germany and China weakening or strengthening? Is there a possibility for Germany to join the Eastern Camp of Russia and China? Germany is changing its policy toward China from a multi-faceted relationship to a value-based relationship, which means that Germany is interested in bringing up the human rights file when dealing with China. Moreover, Germany is guaranteed to be part of the West, and the German ties vis-à-vis China are worsening because of the Chinese support for Russia. Germany is strengthening its ties with other Indo-Pacific democratic countries as the global rivalry between the West, and the East is rising. China is strengthening its alliance with Russia and refusing to back down from the U.S. bandwagoning in East Asia.

The only recommendation to counter the Heartland union of Russia and China is to dismantle the Rimland, meaning Iran is the key in the middle of the Rimland. If Iran is opposed, Russia will lose drastically in the Middle East, negatively impacting China. 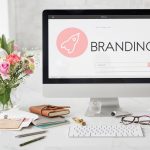