At this moment when the Russian invasion in Ukraine counts more than 5 months, it is obvious that the doctrine behind the invasion of Ukraine is largely attributed to the concept of Novorossiya. It is noteworthy to explain, what is this project Novorossiya and how it was originated.

Novorossiya is a historical term. As a concept, it originated under the Romanov dynasty, approximately at the end of the 18th century. It was aiming the expansion of Russia at the expense of Slavic territories at the time occupied by the Ottoman Empire. These lands mostly included modern Ukraine, which, as all other neighboring Slavic territory, was to be unified under the Romanov rule. This goal was eventually achieved by in the 19th century as the Russians managed to expel Ottomans and incorporate those lands into their Empire. [i]

Idea of Novorossiya was only beginning for the pan-Slavic philosophy which then argued for inclusion of more Slavic nations like Bulgarians, Polish, Serbs, and others.

Some of those lands were acquired (like Poland), and some of them were “liberated” from the Ottomans as an independent state soon to be turned into Russia’s allies (like Serbia). However, the concept itself always envisioned the inclusion of all Slavic nations in one great union, which would be ruled by Romanovs and dominated by the Eastern Orthodox Church.

Despite this Slavic concept of Unity Russian Empire or the Soviet Union never stopped on Slavs only, it acquired large parts of non-Slavic lands like Kazakhstan, Uzbekistan, and Caucasus and even fought a war with Japan or acquisition of the Far East. Therefore, in a sense Novorossiya is the first building block in the concept of Russian imperialism which has a very clear rule, – either expanding or shrinking, there cannot be a middle ground.

Pan-Slavism came back at the beginning of the 90’s after collapsing the Soviet Union. A large number of ethnic Russians found themselves in newly reestablished independent states such as Belorussia, Kazakhstan and Ukraine. However, Novorossiya was specifically aiming for the territories covered by modern Ukraine. Apparently, for purely geopolitical reasons as Novorossiya includes the Black Sea littoral (Prychornomoria), Zaporizhzhia, Tavria, the Azov Sea littoral (Pryazovia), the Tatar region of Crimea, the area around the Kuban River, and the Circassian lands. [ii]

At that time, Russia had neither resources nor the influence to actively pursue this idea and for some time it become a mere academic concept. With the reemergence of a stronger Russia in the first decade of 21st century and Putin’s increasing appetite for territorial expansion, the idea of Novorossiya was reanimated on political level. In his several different speeches, Putin explained his version of the history where Ukraine was portrayed as an artificially created state, consisting partially of Novorossiya and the parts of the bigger Poland. [iii]  In his opinion, it would be historically and morally justifiable if it were divided by previous owners.

Unlike western colonial empires, which were aimed at overseas territories, Eastern colonial empires (such as Russians and the Ottomans) were always expanding at their neighbors’ expense. In a historical sense, Novorossiya was the first successful Russian attempt at colonization.

Putin’s idea to find a way to reanimate some version of the Soviet Union requires a strong opening move. Cutting away small bits of territories from weak neighbors like Georgia, Moldova, or the Ukraine of 2014 was not enough. In hindsight these actions, among other things, look as a rehearsal and testing the reaction of the West.

The goal of Putin was never just to add tiny South Ossetia, Abkhazia, Transnistria or even Crimea to Russia, the goal was always reanimation of the Russian empire and the first major step would be to acquire Novorossiya. So, the current war in Ukraine is the attempt to achieve this goal.

What is the next target of the Russians if they succeed in Ukraine? Attacking the NATO member countries that once belonged to the Russian empire would be premature and even suicidal. So logically next step should be brotherly Belorussia as success in Ukraine would make Lukashenko much more agreeable. After that countries like Armenia, Kyrgyzstan, Kazakhstan, Tajikistan, and possibly Georgia and Moldova would follow, – countries which have no Slavic origins and theoretically don’t fit in the Orthodox Christian Slavic union.

In a sense, Novorossiya could be viewed as a strategic but also an interim concept. Until accomplished it will be promoted as the predominant national idea calling for huge sacrifices but promising to fix historical injustice and bring the brotherly nation and historical lands under one union.

However, once the idea is accomplished, Russia will swiftly change the concept to a more ambitious scale, to fix, in Putin’s own words “the biggest geopolitical catastrophe of the 20th century”, the collapse of the Soviet Union. Shortly, Novorossiya is the first and the most important stepping-stone of the new version of the Russian empire, envisaged by Putin, – necessary but not sufficient. 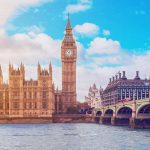 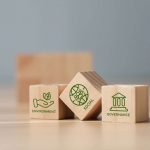