Liz Truss, the 47-year-old foreign secretary will become the new UK Prime minister after the Tory party’s grassroots elections, beating the other candidate, ex-chancellor Rishi Sunak in the race to succeed the outgoing PM, Boris Johnson.

Both candidates were deemed as less than ideal options in a time when the UK has major challenges to face on the home front while supporting Ukraine in its fight against Russia.

Ms Truss has been a backer of Mr Johnson in the past, and has certainly positioned herself in such actions and photo ops that nod towards the legacy of the Iron Lady herself, Margaret Thatcher.

The major economic slump facing the UK in the explosive mix of inflation and economic stagnation that afflicts both the EU and the UK certainly does not bode well for the new PM.

The relevant measures to be taken that will oppose the UK’s economic downturn are not clear, while a significant portion of the UK’s population is not that enamoured with its new PM-elect.

Research conducted in the immediate aftermath of the Tory party’s election results shows that “50% of Britons say that they are disappointed that she is to be the next prime minister, including a third (33%) who are ‘very disappointed. This is considerably more than the 22% who say they are very or fairly pleased.”[i]

With seven out of ten Britons putting the cost of living on top of their agenda, it will be difficult for the new UK PM to balance a post-Brexit home front’s needs with the UK’s international duties and aspirations.

The ill-advised and chaotic Brexit decision had both a negative impact on the UK economy while sparing Germany a major opposition pole to its autocratic tendencies within the EU.

Tendencies that seem to neither ameliorate the energy crisis due to the invasion of Ukraine by Russia, nor the need for cohesion and taking decisions for the good of all EU member countries.

Liz Truss has quite a lot of work to protect the Britons against more Brexit fallout, the Ukraine war, and a protracted recession for the UK, where the EU common market is now a thing of the past as concerning the UK’s open access to it.

An alarming increase in utility bills and cost of living for the residents of the UK will afford the new UK PM a very short honeymoon if any at all, while hard decisions must be taken by a political animal that in her career has been described as a ‘human grenade’ and as a politician that regularly shifts her political views to remain in the prevailing part of her political party.

Ms Truss, after all voted for the UK to remain in the EU but transformed herself into a hardcore Brexiteer and a staunch supporter of Boris Johnson. Nevertheless, her NATO credentials are quite strong, being a resolute opponent of Putin’s policies. She will be the 15th PM received by Her Majesty the Queen, Elizabeth II, with the first being Winston Churchill. 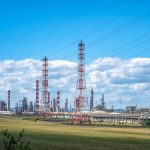 Significance of the bilateral Greece-KSA relations 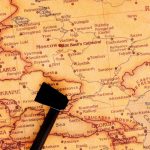