The coming weeks the EU’s cohesion and solidarity will be tested, as it is heading towards a major energy crisis, as Russian oil and natural gas supplies are going to be hampered further. With new energy sanctions on Russia planned for August 14th by Brussels, Moscow is preparing to further weaponize its energy exports to Europe. The last weeks, European politicians and industry leaders have been trembling already as Russian gas giant Gazprom not only put in place its regular maintenance of the Nordstream-1 natural gas pipeline, but also indicated that several technical issues could delay or hamper the possible re-opening of one of Russia’s largest gas pipelines to Europe for a longer-period of time. Already Moscow’s energy giant Gazprom indicated that some technical problems are expected, even that it would try to do all to be a reliable gas supplier in future. On Thursday July 21, Gazprom has re-started natural gas flows again in Nordstream1, even that it still way below normal levels, only reaching less than 40% of regular flows.  No additional Russian gas volumes have been flowing into the other Russia-Europe pipeline systems.

European governments, industry and consumers have become very worried about the growing energy crisis that the continent is facing.

With a possible full-scale energy blockade of Russian supplies, most European countries are facing severe shortages in the coming months.

The removal of not only Russian oil and petrochemical products the coming months, due to new sanctions, but especially the possibility of loosing around 155-175BCM of Russian natural gas supplies, will be putting extreme pressure on Europe’s cohesion and political will to keep the pressure on Moscow to end its illegal war against Ukraine. Where people mostly are voting with their wallets, this time Europeans have surprisingly be very strong in their repulse of the Russian aggression. Until now, Europe’s cohesion and solidarity is at unforeseen high-levels, but some cracks could be emerging soon.

At the time that the European Commission proposed on Wednesday July 20, that to support the overall strategy to refill European gas storages to 80% by November 1 2022, a voluntary target for all EU countries to cut gas use by 15% from August to March, compared with their average consumption in the same period during 2016-2021, Putin reacted straight away. The main message coming from Moscow was that Nordstream1 would be receiving within 24 hours some new gas volumes. The Russian message was clear, any attempt to set up an European-wide natura gas reduction strategy will be countered. By re-opening Nordstream1, Moscow straight away pushed back, showing to the weaker members in the European Union that they still have a choice to be made.

Putin’s new strategy is clear, he is “gasmailing” the European Union, putting pressure on the internal cohesion of the Union in case Brussels wants to hit on Moscow.

The main threat for Russia is clear, in case of a real natural gas shortage after November 2022, the EU will be able to make the current voluntary targets mandatory. In case Brussels declares a substantial risk of severe natural gas shortages, reduction measures will be put in place EU-wide. The stated strategy is clear, Europe still keeps to its set target of weaning itself off Russian energy. By putting new legislation in place, the latter can not only be pushed but enforced in due course. Putin however is not yet put in a corner, as the whole endeavor needs to be approved by a reinforced majority of EU countries.  Before the proposal will become effective, internal national discussions will need to be held to reach a consensus inside of the EU. A possible date for the proposal however is set on July 26, when there will be an emergency meeting of EU energy ministers.

Statements made by EU Commission President Ursula von der Leyden are clear. She stated unequivocally that:

“Russia is blackmailing us. Russia is using energy as a weapon”.

She reiterated that to confront a possible, or even to be expected, full scale cut-off of Russian gas supplies, the EU needs to be prepared.  The ongoing blackmailing by Putin of the EU is not anymore hidden, it has become a “gasmailing” approach, in which changing natural gas flows to Europe, via Nordstream1 or other pipelines, has become the main instrument to blackmail possible client states in the EU.  The latter also is already used to pressure the UK or Turkey, both not EU member. By using Russian pipeline systems as a weapon, energy has become weaponized, for the first time ever in the 21st Century in Europe. To counter this Von der Leyden’s proposal is currently the only option that is feasible. The latter however is not yet set in stone, as already several European member states have said to oppose the plans, as they are not having a real dependency on Russian supplies, such as Spain or Poland, so no EU reinforcement is needed. For others, such as Hungary, the situation is different, their lifeline is still Russian gas.

Outsiders are still asking themselves if these new proposals are going to able to be reached. Until now, as stated by EU energy policy chief Kadri Simson, only 5% natural gas reduction has been reached in Europe. The latter shows the problems currently in the markets, as prices have increased exponentially and Russian supplies are very low already. More is needed, but hard choices are needed to reach these targets. Fear is growing that more harsher cuts will push European economies to the brink, leading not only to higher costs but also unemployment or even major bankruptcies. The IMF already has reported that a Russian natural gas cut would plunge Europe into a full-scale recession.

Some real dangers are already making headlines. Major European utilities are facing bankruptcies, such as German giant UNIPER or French nuclear giant EDF. Both are heading not only to a nationalization of their assets, but are at present causing instability in natural gas markets. The debilitating financial situation of German giant UNIPER is going to cost Germany billions of Euros to be saved. At the same time, UNIPER is currently using its own natural gas storages as a backup to keep the lights on in Germany. Using existing natural gas volumes, which should have been increased to counter winter demand, not only puts Germany in danger but also has a water-bed effect on European gas markets. Germany will need to re-enter in full international gas markets to find additional volumes very soon. The latter additional demand will not only push prices up, but also will soak natural gas volumes from other European markets to Germany. The Netherlands and other neighbors could be feeling the German crisis also, as part of their gas storages will maybe be needed too. A potentially much lower winter storage level is to be expected with increased danger of shortages to come.

As Putin has no intention to help Europe’s energy predicament at present, or in the near future, Moscow holds the best cards. With no additional large-scale volumes in the global market available, Europe’s energy crisis is directly linked to its relationship with Moscow, mid- and long-term. The leverage Putin’s Gazprom brigades hold over Europe will be used to Moscow’s advantage. By tweaking supplies the coming months, Russia will be trying to break the internal cohesion of Europe. It will also be using these options to weaken the  support for the Ukrainian war against Russia.

“What we know is that Putin has no intention of helping Europe get through the winter in terms of gas supply without difficulty. He wants a gas and energy crisis in Europe this winter as this gives him leverage,” he added. This leverage is hard to beat, as long as Europe’s energy and economic systems are based on Russian gas volumes. The combination of Russian gas and oil is even a more stronger strategic weapon to be used in due course. The EU’s pro-active stand is also a stark U-turn on its former re-active or non-reaction at all on energy issues. Its full-scale renewable focus, even calling for or supporting an anti-hydrocarbon strategy for years has now brought it to this doomsday situation. Hopefully Europe is waking up. Hydrocarbons are still going to be in the system for decades to come, a new security of energy supply strategy is needed, as renewables are not (yet) the solution short-term. 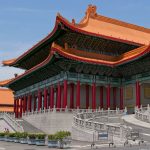 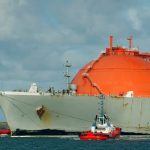