Telegram is a global electronic social network platform that is a prime example of how applied informatics may shape the image of a political player in times of crisis.

In the Russia- Ukraine war it has found use from both sides, Russia and Ukraine, with the populations of both countries relying on the app to give them an up-to-date view on the political and military developments.

Social media, in its various platform guises, has played a prior role in modern conflicts, with the 2009 Gaza conflict being a prime example.

The Russian-Ukraine war of 2022 is unique in its prime use of the Telegram app to promote political aims and target messages toward internal and external audiences by both parties while enjoying quasi-governmental support on the Ukrainian side.

Zelensky’s presidential advisers were using the app during his 2019 presidential campaign (Bergengruen 2022) so it was an easy leap to use it for promoting Ukrainian views on the war while seemingly allowing personal, world access to the Ukrainian President.

Telegram had 550 million monthly active users (Statista 2022) in January of 2022, with an official Ukrainian Telegram channel using the moniker “Ukraine now” being prominent in its promotion of the country’s views (NOW 2022). The same moniker is used in other social networking platforms such as Facebook, Instagram, Twitter etc.

While Moscow also believes in using soft power to attain its political objectives (Paizova, Dadabayeva, and Park 2021, 78-79), its invasion of Ukraine shows that the Soviet line of thinking where hard power, and coercion are still acceptable state tools is still deemed relevant.

Russian authorities are of course reluctant to embrace the Telegram platform as a state-sanctioned means of promoting the Russian viewpoints, having banned it in the past and later reversing this decision (Allyn 2022).

The reversal of this decision can only be attributed to the potential for surveillance all social networking platforms offer due to the interactions of their netizens, where “state and pro-state actors see Telegram as an opportunity to seed disinformation narratives and pollute the space where people spend so much of their time” (Thornhill 2022).

It is nevertheless used by everyday Russians that wish to have an unfiltered look into the war, or ‘special operation’ as Moscow calls it, and by pro-Moscow supporters looking to influence either their internal audience or the external audience looking into the conflict.

The Telegram app and other similar ones have brought war not just into the homes of their audience, but they give their audience an ability to interact with the warring parties and have the illusion (or not) of influencing the outcome of military operations.

Military exploits in the form of destroyed enemy material, information about troop movements, collecting money for various purposes, and connecting with friends and family that scattered around the globe, are some of the functions that electronic social networks can fulfil as tools of mass diplomacy or individual efforts.

States, other political actors, and companies should pay particular importance to their online strategy on social networking platforms in times of crisis. While the technological tools themselves may change depending on their perceived popularity or because of other factors, a strategy should be in place to deal with the handling of these platforms.

Such a strategy needs to go beyond the confines of a PR campaign and should aim to have tractable outcomes while defending against outside incursions and interests. 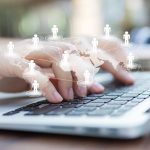 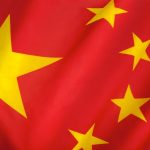