A critically important development that was just reported by the BBC, namely that Gen. Aleksander Dvornikov, the current commander of Russia’s Southern Military District, has just been given the command of the Russian forces in Ukraine. Dvornikov was the commander of the Russian task force in Syria in 2016, and his appointment promises to bring upon Ukraine even more civilian deaths and indiscriminate destruction of infrastructure, as this exactly was the tactics the forces under his command used against the Syrian anti-Assad rebels. A novel tactics that Dvornikov pioneered in Syria was the practical application and testing in an actual combat environment of what the Russian military theorists have dubbed “integrated forces groupings” – effectively a Russian hybrid expeditionary corps designed and deployed to crush popular rebelions across the globe in support of various tyrants across the Middle East (Syria, Libya), across Africa, and in a pre-emptive fashion even in Venezuela. These peculiar formations are built by sending smaller units of Russian special forces, military advisors and mercenaries, which then quickly become the core of a larger combined force consisting of regime loyalists, local military units, regime militias and paramilitary gangs, allied volunteers and mercenaries, andeven terrorist groups – all centered around the Russian force actign as the command and control unit of this “integrated force grouping”.

Why is this new appointment so important, and what will it bring to the battlefield in Ukraine? Now that the Russian forces have been defeated at the gates of Kyiv, and pushed away across the border into Belarus, they are depleted having suffered heavy losses and with low combat morale. Being pressed by time and by the leadership in the Kremlin to deliver sort of a palatable victory to show to the Russian people ahead of Russia’s Victory Day on 9th May, the Russian command is forced to come up with a formula of regenerating those forces rapidly in order to launch a fresh offensive and try to take over the entire Donbass and hold Ukraine’s Azov coast, at the very minimum. Dvornikov’s experience in creating and commanding these novel motley, but very brutal formations in Syria would be critical for the success of the Russian military’s force generation in the Donbass.

The components of such an integrated force grouping would likely incorporate Russian mercenaries, first and foremost the notorious Russian ‘Wagner Group”, local Donbass and Crimea ethnic Ukrainian conscripts who would be used like cannon fodder against Ukraine’s forces; local separatist militias; Syrian, South Ossetian and Chechen recruits, even potentially Donbass and Russian prisoners and criminals. These ragtag units would be expected to integrate with the demoralized, often quite reluctant regular Russian forces, in order to boost their numbers and morale. It is unlikely that Dvornikov’s integrated force groupings, would ultimately win over Ukraines much more disciplined and professional force, Such a hybrid task force, however, being effectively a death squad-type formation by design and function – will inevitably engage in even more despicable acts of terror and atrocities against the local population in the Donbas and the Azov regions, as was the case of Syria where Dvornikov commanded such a force. That would come on top of the devastation to be inflicted upon the region by means of indiscriminate shelling and bombing, also based on the Syrian experience, with the despicable and cowardly missile attack against the Ukrainian civilians at Kramatorsk train station serving as a grim warning of what is to fall upon the entire region very soon.

NATO and the US couldn’t be at a more critical juncture in their decision-making cycle regarding the delivery of advanced and heavy weapons to Ukraine: the time to act swifter to prevent yet another round of mass murder and atrocities against Ukrainian civilians, this time in the Donbass, has come. 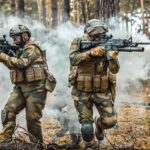 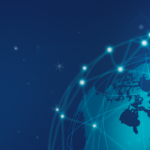 Welcome to the World of Strategy International (SI) Ltd