It has been over a month since Russia launched an unprovoked and heinous war against Ukraine. Russia has so far failed in achieving its goal of a quick victory and has incurred much larger costs than anticipated. Nevertheless, there must have been a strategic logic behind Russia’s decision to the act of aggression. The Russian establishment, and President Putin in particular, made a set of assumptions that their actions were based on. And though these assumptions may have been largely false, it is vital to understand how they influenced Putin’s thinking.

A large misperception rooted in the Russian political establishment was the idea that Ukrainians would view Russia as a liberator. This illusion stemmed from the assumption that Russia is a superior version of Ukraine – a country with the same people ethnically but with higher living standards. As we heard during his speech, Putin appears to genuinely believe in this “same people” idea – he maintains that Ukraine is an artificial state invented by Lenin. These false pretenses led the Russian elite to thinking that Ukrainians would welcome the opportunity to live in a peaceful and prosperous greater Russia. In addition, Putin also looked as if he was strictly superior to President Zelensky – a former comedian should have had no chance when faced with a formidable dictator.

The Russian leadership was surely encouraged by its successes in 2014. Crimea was annexed without sound resistance. And though Lugansk and Donetsk regions were somewhat different, they were also considered comfortable victories. Ever since then, Russia had watched the rest of Ukraine struggle in its fight against corruption and fail in building strong state institutions.

Russia’s actions in the first days of war confirm that they aimed for a blitzkrieg by tv cameras, not by tanks. Russia deployed a moderate force capable of securing key Ukrainian cities and strategic points in case of limited resistance, but this force was not fit for full-scale war. This was not caused by a lack of strategic knowledge, but by the political leadership’s erroneous assumptions.

Even if we disregard its nuclear arsenal, Russia has a considerably larger military than Ukraine. After the 2008 war with Georgia that demonstrated a number of severe flaws in the Russian armed forces, a massive reform was undertaken. Indeed, successes in Ukraine and Syria left the impression that Russia did its homework extremely well. The Russian armed forces were considered second only to the US military. So, even if the Blitzkrieg scenario failed, Russia was supposed to regroup, deploy more battle-hardened troops, and crush the Ukrainians in a few days. This misconception was held by both Russia and many Western officials and military experts.

As we observe the Russian military struggle today, it is clear that the reform was not a complete success. While the Russian army looks to be better equipped and dressed than in 2008, it obviously suffers from various shortcomings, the most prominent of which are logistical problems. Moreover, instead of new innovations like the much-revered Armata tanks, the army used older equipment. One might ask whether the reform has turned out to be another Potemkin village.

Another important factor in Russia’s reasoning is how the West would react. Though Russian propaganda displays Putin as welcoming of Western sanctions as an opportunity to boost domestic production, this is far from the truth. The Russian establishment expected that a short war with Ukraine would result in only modest sanctions (such as those from 2014). They also hoped that the West would be divided upon traditional lines – the US, the UK, and the Baltic states would push for harder sanctions while Germany, France, and Italy would take a more measured approach. It seems like Ukraine’s fierce resistance threw these plans disarray. Now the West is unified, which became extremely rare after the 2003 Iraq War. In fact, Western politicians are now being encouraged by their constituents to push for harder sanctions. The United States, as Russia’s largest adversary, will no doubt fully exploit this unique opportunity.

This is not something that Putin would have expected. He viewed the West as corrupt, complacent, and decadent – not fit to challenge the resurgent Russia. Regardless of the war’s outcome, the sanctions are likely to stay. This will further drain Russia’s economy.

The Russian reserves amounting to hundreds of billions of dollars were meant to buy Russia time until either the sanctions were eased or loopholes were developed. But in light of unprecedented sanctions, this assumptions no long appears to hold. Trade with countries like China will ease the shock of the sanctions, but cannot replace economic ties with the technically more advanced West. Therefore, the sanctions could result in a Russia which is backwards both economically and technologically.

The Soviet Union did not survive confrontation with the West. And though Russia is now a capitalist state uncrippled by central planning, it is significantly smaller and has engaged in a war which could prove costlier than the one in Afghanistan.

It is difficult to say whether the coming hardship will lead to political struggle in Russia. However, it is safe to assume that Putin’s popularity boost from the war will steadily diminish. Therefore, though Russian assumptions regarding the domestic popularity of the war have so far proven to be correct, this assumption may ultimately be proven false. If so, this could lead to serious resistance

against Putin, and consequently would lead to the beginning of Russia’s transformation into a modern state. It will take some time though. 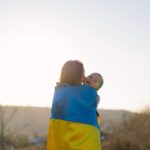 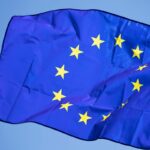