The impact of the Russian invasion of Ukraine is still unclear, as long as the final outcome is still undecided. Putin’s decision to combine his grandeur Greater Russia strategies with a weaponization of the global energy system however already is shaking existing power projections, geo-economic relations and military alliances on its fundaments. The potential of a major energy geopolitical reshape is clear on the horizon, possibly changing existing global alliances for the near future. Europe’s addiction to hydrocarbons, especially Russian oil and gas, will be changed dramatically, while at the same time a call for increased renewables and nuclear energy in the mix is being proposed. Global energy markets will experience a major shift, as for Western countries energy independence is on their top priority lists. Geopolitical alliances also are under pressure, partly due to Russia and Ukraine, but also influenced by the current position taken by OPEC+ producers and Asian Tigers. The basis for existing energy market fundamentals and potential energy power players has been undermined or weakened, while new powers are expected to emerge.

Before Moscow’s decision to invade Ukraine, main assessments of energy markets and geopolitics have been focusing on fundamentals, such as demand, supply, reserve potential and geopolitical or economic alliances. The only real two shocks before Putin’s war decision in the 21st Century that really shocked energy markets are the US shale revolution, partly redrawing geopolitical energy powers, and the impact of COVID-19. Both however still did not result in a formal theoretical reconsideration or reassessment of existing energy dependencies and the role of the major energy producing regions. OPEC’s lagging power position in the beginning of the 21st Century in energy markets however was boosted by the setup of OPEC+, bringing Russia into the fold of decision-making of the main Arab producers, Saudi Arabia and UAE. Market stabilization was their main interest, not taking any direct role in changing overall energy market structures or geopolitical power projections. The occurrence of Black Swan event COVID-19 again pushed markets into the abyss, but even historical levels of demand destruction and fledging economic growth, did not result in a full-reshaping strategy of energy markets in the end. The end of COVID even resulted in unexpected demand growth of oil, gas and coal, presenting the market with a potential supply crisis scenario, in which low investments and political activism constrained hard-needed E&P activities worldwide. Still, markets were expected to deal with these crisis scenarios in the end, pushed by higher oil and gas prices, increased margins and exponentially growing revenues of oil and gas companies and national governments. No real fundamental or power changes were imminent, until Putin’s actions changed it with a Big Bang.

Western believes in the full reliability of markets and international energy agreements, a new era of energy security will be needed. The coming years the main discussion in the Western world will be focused on how to deal with internal and external energy suppliers, while implementing the energy-transition too. Russia’s actions have shattered conventional believes in the strength and reliability of markets (globalism, liberalization), but also has already pushed former alliances either together or to the brink. Current developments in the West have surprisingly enough shown a resilience in the system to counter possible threats, as shown by an unexpected willingness to confront Russia’s aggression, economically and military, but also by putting in place new emphasis for revamping NATO and construct a stronger EU.

These internal strategies will also have a much wider impact on energy markets than many seem to understand. The willingness, partly forced by realizing threats, to change energy supply and import dependencies, will dramatically change existing energy alliances with others, clearly removing part of Russia’s stranglehold, but in the mid-term also with regards to dependencies on others, such as OPEC producers, or long-term China and Russia’s strategic position in supplying critical minerals, metals or manufacturing for renewables.

At the same time, without at present going into the details, as further assessments will be needed, OPEC+ is going through a possible major power crisis, not only due to Russia’s isolation of markets, but also in light of OPEC’s leaders current position towards global energy supplies, investments and their East/Asia focus. The outcome of this is still in flux, as removing Russia from the West’s energy system leaves a gap to be filled, aka OPEC or others. When looking at Western – MENA alliances, currently military-economically, potential changes are to be expected. Taking an independent or neutral role at present, will come at a cost for participants. MENA’s position in global markets also will depend on the outcome of the Dragon-Bear bromance. Potentially, Russian oil and gas volumes will be in stark competition the coming years with Gulf Arab -Iranian supplies. For Beijing, a possible integration of Russia’s resources and power into the Chinese power struggle with the US could be more interesting than other Middle Eastern options.

At present we are looking still at a Tri-Polar global power competition, USA/West – Russia -China. The outcome of the Putin’s Ukraine adventure will decide if there is a Tri-polar or Bi-polar geostrategic – geoeconomics rivalry in place. OPEC+ and other producers will have to be assessing their options, as a Bi-polar US/West vs China (Russia) situation leaves not real room for flexibility in place. Neutralism has brought some countries wealth and prosperity, but they were not depending on large scale revenue and trade volumes to sustain society or a prosperous future. Geopolitics of energy will be rewritten, redrawn and most probably the coming years revamped in ways and structures not yet foreseen. Forecasting is known, foresight is needed. 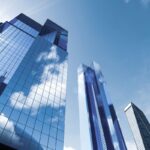 The Changing Face of Corporate Security 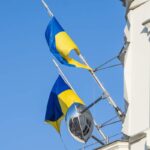