The invasion of Ukraine by Russian Federation army has plunged the world in the worse political and military crisis since the Cuban Missals Crisis of October 1962.

Indeed, out of the horror of this humanitarian tragedy unleashed by President Putin, we may be seen the genesis of the United States of Europe.

Following the end of the Second World War, the world has indeed seen many geopolitical crises but none of them could be compared to the current confrontation between the Russian Federation and the European Union with its NATO allies.We are indeed witnessing an extremely concerning and unprecedented confrontation in the European continent since September 1st 1939. But is there “silver lining” in these trouble times? Indeed, out of the horror of this humanitarian tragedy unleashed by President Putin, we may be seen the genesis of the United States of Europe.

Like in a cosmic reaction that follows the explosion of a supernova, we may be in the presence of an event that otherwise would have taken years to come to be. As in physics, to any action there is an equal and opposite reaction. In the attempt by Putin to keep Ukraine becoming a member of Europe Union, an equality and opposite reaction as occurred in Europe. We maybe in the presence of the first stages of a transition from the European Union to the genies of the United State of Europe.

For years the European Union has been struggling to find its own place and unity in a world that saw the US and China challenging each other, following the dissolution of the USSR. Economic crisis and social unrest have fostered the rise of populism across Europe and across the world. In Europe we have seen individual EU members nations resisting the idea of releasing to a European Federal State control of their national economic, foreign and defense policies. But this recent and dangerous crisis has for the first time shown that EU members counties are indeed ready to move as one; therefore, showing that in presence of an emerging existential threat unity of intent and actions is not only needed but possible.

While President Macron’s vision does reflect a European need to project a legitimated independent defense posture, when EU national interests and security are at risk, this could not take place under the current EU political and legal framework.

For weeks leading to February 24th, 2022 unprovoked and illegal invasion by Russia of Ukraine, we saw a frenetic, fragmented and unfruitful shuttle diplomacy by all EU head of states and their foreign ministers to try to sedate winds of war that were blowing from the Kremlin. The attempt by Prime Minister Mr. Boris Johnson, EU President Mrs. Ursula von Der Leyen, EU Foreign Affairs Mr. Josep Borrell, Secretary of State Mr. Antony Blinken and others did not yield any better results. President Putin emerged as the war lord everyone try to homage, increasing his domestic statute and elevated him to the role of global leader he aspired to be. As result European Nations appeared fragmented and weak pawns of chess game President Putin layout in advance.

For years extreme right parties across the EU have been courting Russia and the charismatic Putin’s strong man image, pleasing him and perhaps giving him the false impression that a Blitzkrieg in to Ukraine would have met a soft response across Europe. What a gross miscalculation Putin made. The determination of the Ukrainian nation not to be, once again in their history, subject of others plans for their future, surprised every Western leader and most of all President Putin. But with equal surprise we saw all EU countries gather under one flag and acted in unisons as never seen before. This has shown for the first time that all EU members, when faced with a clear and present danger, are indeed capable to overlook historical animosities in favor of a collective defense.

When French President Emmanuel Macron, who in an interview with The Economist on November 7th 2019, famously stated “What we are currently experiencing is the brain death of NATO*” gave Putin the false impression of a Europe parting from his long-standing alliance with the US and too divided to react as one.

Europe need to create its own defense architecture became even more evident during the less then well-coordinated US withdrawal from Afghanistan at the end of August 2021, with the US allied, mainly EU members, secluded to the role of bystanders in a military and humanitarian evacuation where they had little if no say.

While President Macron’s vision does reflect a European need to project a legitimated independent defense posture, when EU national interests and security are at risk, this could not take place under the current EU political and legal framework. To achieve and implement President Macron’s vision, of an EU capable to project its own strategic and defensive posture, it would require first to see the genesis of the United States of Europe. The present EU has indeed served its purpose but in its present form is no longer adequate and structured to meet the 21st century challenges and European needs. The establishment of a European Union defense force before transitioning from the present EU to a United States of Europe would be unwise as a military organization does need a clear, legal civilian and political supervisor that only a United States of Europe could provide.

In conclusion a silver lining is indeed there for us to see in this trouble time. With EU nations now more than ever ready to united and peacefully evolve. An evolution began in 1957 with the signature of the Treaty of Rome with the creation of the European Economic Community (EEC) which was replaced in 1993 by the present European Union, that now could finally give birth to European federation nation, the United States of Europe. A nation of 447,7 million citizens with reach and diverse background but with a common history and values that would be able to meet the 21st century challenges that we can see today and those that do lie beyond the horizon lay.

* President Emmanuel Macron, who in an interview with The Economist on November 7th 201 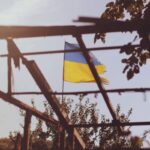 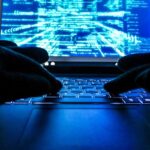