The war between Russia and Ukraine is raging since February 24th 2022. Since then, we have witnessed destruction of cities, killing of civilians, and an effective military resistance from Ukrainian forces in urban areas. On the Russian side, we are observing significant operational and logistic difficulties that seems to hamper the rollout of the military forces and its advanced through critical objectives. Both sides have so far conducted very effective propaganda campaigns: Ukraine is hyping the prospect of possible victory against the invader and Russia being able to control the messaging about the war at home and shield the public from foreign media influence. Despite the positive outlook being spin in western officials, this article offers an alternative analysis demonstrating that Vladimir Putin still have a good chance at achieving most of his key strategic objectives. We will focus on two geographic areas where strategic objectives can be accomplished: Ukraine and Europe.

As Ukraine is slowly falling into the hands of Russia, it’s important to understand what the occupation of Ukraine may look like. First, it’s becoming more likely that Russia would struggle to keep control of the entire Ukraine. One plausible and possible scenario is for Putin to opt for partitioning Ukraine in two territories: East and West Ukraine – based on the natural barrier offered by the Dnieper River. This partition could Include Kyiv and the entire Black Sea shore. It’s important to understand that the East and South Ukraine share cultural attributes with Russian culture and their support for pro-Russian politics was higher in the past. This outcome would achieve a few strategic objectives pursued by Putin in Ukraine: (1) definitely block the entry of Ukraine in NATO and EU by maintaining a military struggle on its territory. (2) Maintain a buffer

As the West continue to support the Ukrainian resistance with defensive military aid and devastating economic sanction, Russia could resort to use of nuclear weapons to tip the situation in his favor. First, western countries should not underestimate the possibility for Russia to use tactical nuclear weapons to curb down the resistance and obtain unconditional surrender from Kyiv. The decision of using nukes in Ukraine could be supported by two logical arguments: (1) like Truman and his advisor concluded in 1945, destroying a city would make an adequate demonstration of force to secure a capitulation while still saving numerous of live by avoiding a long conventional military campaign. (2) According to the Russian Nuclear Doctrine of 2014: “Russia reserves the right to utilize nuclear weapons in response to aggression against the Russian Federation involving the use of conventional weapons when the very existence of the state is under threat”. Both arguments are mainly military and are currently relevant to the ongoing situation in Ukraine. More importantly, argument #2 applies to local and regional conflicts per Russian Nuclear Doctrine of 2014. Putin may consider the use of tactical nuclear weapons as western lethal defensive conventional weapons are used against Russian military forces while the country is under economic sanctions that threaten its existence. In fact, Putin publicly equated western economic sanctions to an act of war.

Second, Putin could also use nuclear weapons by relocating tactical and strategic warheads in Belarus. On February 28th 2022, the President of Belarus won a referendum aiming at ditching the country’s non-nuclear status. Putin could take advantage of its current nuclear force readiness to move or attempt to move nuclear weapons in Belarus and directly “deter” the west to interfere in the Ukrainian conflict by threatening key European cities. Belarus already agreed to this deal in December 2021 and offered to participate in nuclear exercises with Russia in mid-February 2022. This would destabilize the existing nuclear deterrence and dominance of the west over continental Europe and violate the Budapest Memorandum on Security Assurances (1994). If Putin use nuclear weapons in Ukraine and deploy missiles in Belarus, he could achieve a last and ultimate objective: maintain the status quo in NATO new memberships by deterring countries like Georgia, Sweden and Finland to join the alliance.

As Putin weights his military options in Ukraine, western leaders should not underestimate how Vladimir Putin could achieve crucial strategic objective despite early military setbacks. The use of strategic weapons could become a logical and justifiable choice in the mind of Putin to protect Russia’s national security. 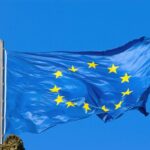