“Coronavirus Economics”: How to think outside the box in providing a Policy Recommendation

Dr. Kleanthis Kyriakidis – Assistant Professor/ Program Chair for the BA in Security and Strategic Studies at the American University in the Emirates
Mr. Michael Naoum, MA in National Security Affairs, MBAc
Since December 2019 the World has been gradually challenged to address two major challenges as a result of the global CoViD19 Pandemic: firstly, the global race of the scientific community for the cure, i.e. a Coronavirus vaccine, and secondly, the global financial slowdown. Predictions about the latter according to numerous analyses throughout the world look very pessimistic, the solution however may be surprisingly easier should we think outside the box.
Countries around the world in order to address the health emergency are enforcing sooner or later social distancing and shelter in home practices. This in turn leads, again sooner or later, to an economic environment of forced lack of demand in all aspects of economic activity other than those covering essential needs of the population, namely food, medicine and fuel. The recent collapse of oil prices is a good example of this as one of the main causes was the lack of demand. This complete shutdown along with the myriads of victims would lead to an economic meltdown in the wake of this pandemic.
The traditional economic theories cannot explain or offer a solution in a non-working economy environment and on top of that the economies cannot self-regulate themselves. State intervention will eventually be triggered, the issue is how to do it. Excluding the tragic loss of lives throughout the world, nothing else actually physically occurred other than people staying at home, we will argue that in order to avoid economic meltdown states need to think outside the box during the emergency and most importantly in its wake:
First, it is imperative for states to impose an economic pause (hit the pause button and the music stops) in all non-pandemic related economic activity on the day of the 1st CoViD19 reported case. The exponential spread of the virus and the inability of state health systems to deal with a deluge of patients make this necessary. Those countries that placed economy above the safety of the population will lose multifold in economic terms for one added reason beyond the obvious ones; the public will lose faith in the governments’ ability to judge wisely what is best for its well-being.
Second, states using an appropriate amount of Trillion Dollar Coins, pump “helicopter money” to the economy following the steps below: 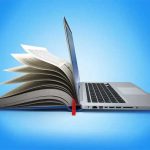 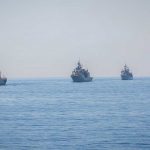