Explaining the Changing Nature of Geostrategic Balances: From the Mediterranean and beyond

Defence & Military Europe & Eurasia Global MENA Region & Gulf Opinion Editorials Regions Strategic Affairs Topics Type
Considering the geostrategic challenges and changes taking place the below article is reposted… Are alliances being reshaped then? Or are solely strategies and tactics being reshaped? Considering recent events, which of the two is taking place? Interests are diversified, stakes are diversified and alliances are no more solid. All elements have the tendency to change in time and space. Illustrating that we live in an era of hybrid threats and challenges. Hybrid threats in nature and in objective. A larger question is how can one and if so, how to explain regional and global movements at hand? Under which conditions and reasoning? Are we heading into an era of cold or tense competition that may ultimately lead to forms of an actual conflict? Deciphering the geopolitical and strategic changes and challenges: Many attempted or attempt to decipher this great movement of strategies from pro-active countries (small or big, regional actors or global actors), while also tactics and objectives. As reactive countries await to just… react.

The geopolitical and strategic environment is fluctuating.  Both, political and military forces re-emerge in territories and areas of geostrategic concern, where the story or stories are unfinished; all at the same time… and this is a scary element to know of.

Regions. Regions of concern include to name a few: the Mediterranean Region (central and eastern), Northern Africa, the Indian ocean, the red sea, the Arabian Gulf, the Gulf of Aden and Straights of Hormuz, the Korean sea and the Straights of Chino-Taiwan waters, North-South Korea and South Korean Sea, the Philippines and Indonesia, while also the northern sea but also the arctic ocean. In plain terms, there is a geostrategic shift in location of powers. There is a shift in strategic aims, objectives, vision, planning and tactics, unfolding ahead of what may lead into: a new order, an attempt for balance through rough competition, with multi-powers and actors in either or all sides pro-active and re-active. Hybrid challenges: Communication efforts matter. Strategic planning of countries has changed, with relations to foreign, security affairs and trade. Regional attempts to control the near region or round of each countries, while global political language is getting tougher from global powers, regional or attempted regional powers. Publications, interviews, meetings and summit meetings of heads of states or decision-makers, seem to have a common view: to related on who is or will be the final enemy. Who is for or against interests or stakes, expansion or extension of influence. Trade Wars. While trade wars become the most important and centralized element in the operational efficiency of political success for some, such as the USA or Europe, we are facing the making of regional and global new or altered alliances either by force or by interest. Trade Wars mark the change of nature of trade but also the nature of elements that create sustain or alter the market. A Combined Geostrategic Game is on. We are now of certainty that hybrid challenges are evident. What international relations experts and security analysts and strategists know is that things happen for a reason and do related with reasons that we may be acquainted with or reasons which may not foresee or comprehend at first; things are in turn clearly related with each other. And they do not happen just like this. As we are interconnected through technology, so are we when hybrid challenges take place and are so many and so often nowadays than the past. Hybrid Threats are Ascending. Some may say that these challenges and consequently threats now ascending, are part of a larger scale of possible elements of combined Hybrid threats. They may lead to various forms of hybrid competition escalating to conflicts. This is a good reason to act. Not to wait and react solely. A combination of various factors that may lead countries to take action or actions, against the possibility or threat of escalation that may lead into actual military conflict. As such the action can hold the measure of preventive or pre-emptive action. Actions can be political, military or financial. Strategic, Political and Military Readiness at Hand.

Readiness and agility and interoperable force command and operation preparation is a core policy.

It is a must. A strategic plan requires planning ahead. Attempting to decipher the future, while threats exist or new emerge. Political efficiency and cooperation therefore is a must. Alliance support in essence is a must. Alliance preparedness is a must. But alliance trust to each other is a whole different element at large. Especially at changing times where allies compete rather than work in synergy to each other. But let us be honest it was always like this, competition an in any alliance at certain time prior or after war, during peace time. A Game of Thrones is Developing. A term inspired and used during some of my latest articles from the homonymous book and series that testified that a game of thrones is concentrated around areas and countries of strong interest and concern. At an initial stage in Syria and Northern Iraq and now expanding to the “7 realms” or.. continents. Since, the enemy is concentrated in various places, without forgetting proxy wars and instability areas. What are the Stakes and what are the Interests? These are clear: Natural resources, geographical location of the country, exclusivity of economic zones, coordination in joined interests, political and military activity and presence, power and technological parity, sustainability, overall country status, financial, social and political in its development format. What can we do about it? Leadership. Leadership is an important element of a possible success. A leader may not be born but a leader can be, if he or she comprehends the complexities at hand. What are the risks and who are the stake holders. Leadership is the most important element of success. Where the leader leads and the follower follows. However, being a good leader is a matter of tactical ability to understand who you represent and who you are associated with, even who your allies are. What are your capabilities and capacities. If you are willing to listen or learn. If you are willing to be truthful and respectful. If you are willing to as much as lead but to also follow. If you unite or disunite. If you are just capable or a star. Leaders are hard to come around with. Especially in nowadays. This does not mean that one may not try. But the complexities, the expectations and the constant escalation of issues and maybe wrong turns or wrong advisors may lead to wrong solutions. Know you ‘realm’. Know your capacity and capabilities. Create and innovate. Develop and sustain. Inspire and create. Operate and defend. Listen and Talk. Lead by example and swear allegiance to your realm and your people. Do not offend if it is not needed. But do show your capacities and act before one acts on you. Build on Readiness. Build on unforeseen challenges and threats. Educate, create and operation within your boundaries. Make use of your natural resources and human capital. Create and sustain an economy and a society to be proud of. Solve issues and project how stability looks like. Protect and be protected. Face the fears of Hybrid Threats. Prepare yourself to face the future. Do not underestimate but do not over estimate. Do not exaggerate but prepare. Invest into what was not there. Attempt to change the future to what I can be rather than do nothing about it. Be solid. Be active. Be operational ready. Hold Strong and Truthful Allies. Allies are your friends. True friendship requires honesty and not much of sentiment. It requires you to be just and fair. Proud and ready to be in the forefront. If you do not show your capabilities. If you do not act, no one will respect you. The choice of making and readying your realm is an important element of success to showcase. But act. Sooner rather than later. Be efficient. Project, analyse and be pro-active. Be involved. It reflects the protection of your people and your realm. Attempt to solve pending issues. Your interests. Negotiate the future with a 100% quality assured rather deficiency. Be bold and do not surrender to pressure. If you are pressured this means that your realm is at stake… Concluding remarks: What is yet to come in the very near future needs preparedness and solid understanding of the actual operational and strategic situation. The analysis should always be there but options to provide is a better option. One needs to be preventive, yet with either proactive actions or preventive actions but surely not reactive actions. In the near future to come, we will be seeing a true attempt for a new balance of order rather than power. We will also notice a change of plans for various areas of concern by various actors as they progress in the World Game of Thrones in the Global chess board as Brezinski termed it. In the articles that will follow, I will attempt to lead the reader to comprehend current situations from those various areas of concern through an analysis of combined terms, terminologies and actions. DISCLOSURE All written content of this article on this site is the exclusive copyright property Strategy International (SI) Ltd and the author who has written It. No use can be made unless there is a written prior request and consent by the author and company. Requests can be made at [email protected] 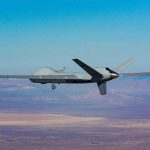 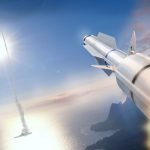