On July 24-25 the members of the so-called East Med Gas Forum (EMGF) will be meeting in Cairo to discuss indepth energy cooperation. In addition to Cyprus, Greece, Egypt and Israel, other participants will be Italy, Palestine and the USA. US United States Assistant Secretary of State for Energy Resources Frances Fannon will be also attending the East Med Energy Summit, which is held o July 29 in Athens. Fannon will be joined by Ministers of Energy Yiorgos Lakkotrypis (Cyprus), Kostis Hatzidakis (Greece) and Dr. Yuval Steinitz (Israel).
The EMGF meeting comes at a pivotal moment as a military confrontation is looming in the Economic Exclusive Zone (EEZ) of Cyprus. Turkish president Tayyip Erdogan has sent several drilling ships to operate in the zone, which is according to maritime law Cypriot, but disputed by Ankara. Washington and the EU have already harshly criticized the Turkish move, sanctions are being planned to quell the Turkish approach. Brussels has stated that it deems Ankara’s offshore gas drilling off the Northern Cypriot coast illegal and has imposed sanctions against Turkey on July 16. The Turkish reaction has been clear, as Turkish Foreign Minister Mevlüt Çavuşoğlu stated that he doesn’t think the EU sanctions are to be taken too seriously. He even showed a hard standpoint when he added that Turkey will sent a fourth ship very soon.
The latter position taken by Turkey, at present the main adversary to any regional offshore gas integration or operations, necessitates a quick and functional response to the current situation. With the ongoing Syrian crisis, Libya and possibly proxy war issues if Iran is being further confronted (Hezbollah, Hamas), the East Med is at present not the most stable and attractive hydrocarbon investment region.  Officially, the European Union has seen the light, by putting sanctions on Turkey as long as the latter doesn’t comply with international maritime regulations and sovereignty.
The diplomatic standpoint taken by the EU needs to be linked to the growing US involvement in the East Med. On June 26, U.S. Senate Foreign Relations Committee had approved a bill to lift the embargo on Cyprus since 1987 and on the same day, Athens had issued a license for Exxon Mobil to drill off the coast of southwestern Greek island of Crete. US Secretary of State Mike Pompeo already has stated that “Greece is a pillar of stability in the Eastern Mediterranean and Balkans and an important NATO Ally,” and that the U.S. looks forward to working closely to promote prosperity in the region. This new involvement of Washington however should not only be seen as a growing cooperation with Greece, Cyprus, Israel and Egypt, but also as a renewed warning to Ankara that it should reconsider its growing cooperation with Russia.
Last week’s delivery of Russian S-400 missile systems will have another major impact. At present, Washington has removed Turkey from the F-35 program, and is considering major other military and economic sanctions. Turkey’s answer until now has been rather clear, Ankara does not bow for the growing pressure.  Erdogan looks at the growing regional integration as a direct attack on the historical and geopolitical position of Turkey, not only as one of the main NATO armed forces providers but also an East Med and MENA power broker.  Turkey feels not only being marginalized on the geopolitical level but also holds fears that its strategy to become the new energy hub of Europe, connecting the Black Sea, Iran, Iraq and Central Asia to Europe, is being threatened by new gas opportunities on the soft-belly of Europe.
As has always been the case with the Turkish invasion of Northern Cyprus in the 1970s, the Turkish Republic of Northern Cyprus (TRNC) is being used a means to gain Turkish influence. Not only by keeping the Greeks and Cypriots at bay, but also implicitly threatening NATO bases in and around the island. Ankara also has openly questioned NATO bases in Turkey, used for operations in Syria, Iraq and Afghanistan, in case of a direct conflict with NATO partners. Washington’s current diplomacy is still taking the latter into account, as it also will affect possible Iran issues in future.
Since June 2019, when Cyprus has challenged Turkish obstructions offshore the island, Turkey has gone on a 100 percent confrontational course.  On June 13, in a reaction to Turkish drilling operations, Cyprus issued arrest warrants for the crew of the first Turkish drillship, which reportedly already started drilling “west of Cyprus” off Paphos. On June 14 the Mediterranean EU have issued a statement that they are fully behind Cyprus in its confrontation with Turkey. Despite the joint EU-US requests, Ankara is not backing down.
Still, the regional energy integration is taking shape. Last week Egypt and Cyprus signed an offshore gas pipeline deal, bringing Cypriot gas to Egypt’s LNG liquefaction plants. At the same time, Israel, Egypt and even Jordan, are increasing their multilateral gas deals. Egypt in all scenarios has become the regional energy center. 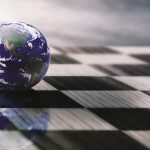 Explaining the Changing Nature of Geostrategic Balances: From the Mediterranean and Beyond 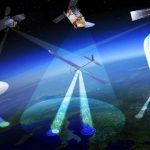