In a constantly changing multi-dimensional environment, we seek modern and long-term alliance capacity building to ‘discipline’ and create a possible balance of power.
The article analyzes current situation on strategic alliances. Discusses regional and international environment strategic cooperation. Attempts to clarify the need of and about key alliances, as in turn they become Hybrid in nature, considering current and future global challenges.
According to Randall (2006), on Alliances, “…the greatest challenge is the translation of overwhelming might…” of alliances “…into effective influence”. Conditions of the 20th century chess board, according to Brzezinski, (Brzezinski, 1997), leveraged power through bilateral and multilateral alliances, that were based on power and influence. Even more so, the creation of Alliances based on Steven Walt’, Origins of Alliances, (Walt, 1987), assumed a role of power effectiveness but also influence in a world that was back in the days, ready to change, yet again.
Alliances are today founded and focused on elements and objectives of strategic profit-led affairs.  Any challenges and threats currently assumed can or should be solved, while opportunities emerge.
Alliances are created based on tactical objectivity, political acceptance but also necessity to project power and project influence. Alliances are redefined.  While current or new challenges and threats themselves are not symmetrical. They are certainly ‘hybrid’ and resilient to characteristics of tactical uses and methods that occur from any source of possible instability.

Alliances are today founded and focused on elements and objectives of strategic profit-led affairs.

As such, I assume that characteristics of alliances will eventually change, bringing an order to a new possibly balance of power. Evidently seen in various parts of our planet: Europe and its European Union and immediate neighborhood, South-East Europe, the Gulf, Eurasian region, Africa and East Asia or South Asia to name a few.
Allies see and face current challenges with traditional ways. While current and future challenges need to be promptly responded by non-traditional and multi-dimensional ways. As today’s challenges are of ‘hybrid nature’ and we just do not yet anticipate or know the actual outcome of all this chess-game that is never-ending.
Assuming that moving capital, cyber-world resilience and challenges, energy resourcefulness and scarcity, environmental degradation and needed reaction and proxy wars and stronger diversity of migrating continues, I assume that strong geostrategic changes are yet to come forth. Elements need much attention. And many issues seek solutions.
Alliances redefine a ‘game’ of power projection and influence.
Modern alliances, need to seek out strong strategic tactics and management. Need to have clear needs and goals to be met. To the extent possible alliances should be balanced and based on the need that more binds sides together than apart.
There is a need for agility through leadership; long-term rather than short term objectives; robust capacity building, while continue to acquire technological advances. Forecasting the future of alliances agility and operational/tactical training and deliverables. Strong strategic commitment, therefore is required. It will allow for alliances to provide resilience for and in operations; effective engagement in capacity to deliver.

Alliances are created based on tactical objectivity, political acceptance but also necessity to project power and project influence.

Alliances when restructured reflect emerging challenges. However, they are now getting to be more, to what I have named previously on my academic articles “ as hybrid”. Walt, assumes that “understanding forces that shape international alliances should be a vital concern for most statesmen” (Walt, 1987). Therefore, alliances should be redefined both in operational and tactical capacity on their hybrid capacity to render solutions. To be hybrid. To evolve and to re-evolve again and again, when and where is needed. But this should be a strategic process. Not a political process.
Alliances should be known and clearly, strategically defined. They should last for a long-period of time with a clear consensus and positioning. Countries, members should be operational and political and diplomatically committed. All need to commit strategically and tactically; they need to contribute in meeting demands for strong security resilience and business continuity for the 21st century.
According to Walt, “strategy is a set of hypotheses or predictions” (Walt, 1987). What this research paper suggests is a clear-cut crisis strategic management process, a strategic plan at a time of fiscal austerity, political change, ideological challenges and operational needs for training and capacity building both in civilian and military preparedness.
Evolution of the existing concept of what constitute an alliance is imperative. Evolution to a new modern concept to be put to practice is imperative. Threats are no more confined in a region and/or area. They are not from the many or the one as we foresaid. The possibility of hybrid threats along with non-symmetrical threats like terrorism or weapons of mass destruction or even pandemic disease are more real than ever. Protective action is necessary as protective procedure of managing current crises or managing crisis prior they occur.
Homeland and National security is a primary necessity of protection. It allows stability and growth for country/countries and areas. As such should never be under-estimated from outside or inside threats.
Security is a societal advancement element. It reflects both national security and supranational security (in an alliance) form and format. The very existence of security and safety is a reason for development, requiring in turn investment. Seen in soft and hard level policies; added towards a clear-cut strategic management of logistics and fiscal needs and requests between allies and individually by states.
Security is a pre-requisite for peaceful resolution of current or possible future conflicts. Security is a model of business continuity; in where a strong resilience in both tactical and operational methods and adaptability may lead to solutions in upcoming, current or future conflicts, threats and challenges. Mearsheimer, states that in the field of security and or strategy, “security competition is endemic to daily life” (Mearsheimer, 2014). Security should be able to reconstruct it-self, adapt to new and emerging situations both analogic and multi-dimensional. Security, should continue to be provided and states or alliances should continue to be providers. More so, when challenges and/or threats can be considered hybrid.
Security and safety, when properly adopted and adapted should reflect a forecast methodology. One that will be able to create, operate, policy orient and lead on the future. It will comprehend and strategize new methods of modernized alliance level format, whether international or regional, such as we do through our current analyses.
In a new world order, according to Henry Kissinger’s book, alliances are an integrative part. Alliances hold the key for growth and sustainability of a region’s peace, stability but also prosperity. Sustainability is not be ‘static’. Countries and alliances should made self-adaptable to any possible of challenges and threats. Be self-interoperable and reliant to own needs and allies support.
Alliances should reflect the future of cooperation; they should solely reflect, tactical operational success and processes of and for collective success, in turn rendering development and growth a one way street.
The theory that I propose and develop are on the necessity of Hybrid Alliances, where joined elements that are constantly changing mark the need to ally. Any new alliances, will not have a single traditional threat, as we cannot yet point out who is to be “blamed for”. As such any Hybrid alliance that is currently being formed should be formed through the necessity to self-adapt, self-operate and self-determine. It should be put to the test, as I believe is currently done, when we examine geostrategic challenges and threats. When we analyze cases. When we consider the future of safety, security, peace and conflict resolution.
As such, “Hybrid Alliances” are a reality. They reflect a new era of security terminology. Hybrid Alliance methodology is a current terminology with future elements attached. It is an important outcome. It does not deprive from any author, reader and evaluator for what science is meant to be: Future foresighting through analysis and examination. Made possible when applied in a growing yet constantly changing society complete with opportunities but also threats.
The targeted audience for such a theory are safety and security experts and strategists; analysts, professionals in the relevant or specialized fields. It is a matter of understanding the global chess board through operational capacity-building.
“Hybrid Alliances” hold the key for prospective growth in a new geostrategic world that is complete with challenges and threats. Hybrid alliances, require agility in leadership, strategic, operational and tactical accuracy and preparedness, efficiency in decision-making and positive effectiveness. By defining alliances, this does not mean that alliances will rest and or remain the same forever, as interests change.
That is why, characterizing necessary growth in alliance current formation requires, hybrid alliance positioning and posture. Eliminating static formations and decision making to acquire multi-dimensionality in effectiveness and decision-making, simplifying rules and decisions, while adapting to the constantly changing environments that do in fact require protection and defensive mechanism for our safety, while safeguarding our freedoms.
References.

©Copyright Marios Efthymiopoulos & Strategy International. No prior copyright without the prior written approval of the author and the policy center. 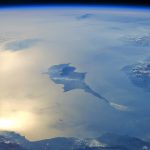