Aspired for the Future-Cyprus Identity and its Euro-Atlantic Values.

Defence & Military Europe & Eurasia National Security Opinion Editorials Regions Risk Assessments Threats & Future Challenges Topics Type
A Euro-Atlantic Identity: Its leadership is long overdue to envision a Euro-Atlantic aspiration that will render an identity. While a complete membership to the Euro-Atlantic Organization, is not yet an option, not even a policy orientation, although attempts were stated in the past, the key word here is “Aspiration” and “identity creation” not membership. A strategic key point of strategic moves and options to be created and be put on the table. To be negotiated and to be envisioned. To be drafted and to be applied. To result and to know about the potential of holding a complete valued identity that is directly linked and related with the Transatlantic Values that are envisioned today. Aspiration: Cyprus holds a strong foreign policy identity. A strategy. With relevance with the European Union, Middle East and Africa, towards Central Asia- Far and South-East Asia-, Oceania and South America. It misses however the last piece of the puzzle. And that is its Euro-Atlantic link through an “aspired policy to join the Euro-Atlantic family”. The country’s European integration process, is itself firstly an aspired European Identity move. When mature enough it was completed in 2004. It resulted obviously and positively to the benefit of all Cyprus’ citizens including all nationals of the Republic of Cyprus but also today European and foreign residents. It extended the European Union’s borders. It shaped a new framework policy towards a brighter and more strong future for others to follow. As it also aspired regional actors to aim for European Membership. It renewed foreign service relations between the European Union and the Middle East, Southeast Mediterranean region and Africa. It also re-affirmed the need for neighboring states such as Turkey, to commit to much needed moral values to continue the ongoing negotiations and by the end render the island back in its complete form as it once was until Turkey’s illegal invasion in 1974. It reaffirmed itself on the geo-strategic map, required today to allocate itself a “specialization modus operandi” a module for peace, prosperity and growth, among others. Cyprus is a divided island, to this day. It is a divided European country to this day. In 2018, it has been 44 years, since the illegal attack and occupation of Turkey to the Republic of Cyprus, which took place. In 2018, the resolution of the frozen conflict is a must. For multiple reasons. Because it should, because it must. However its negotiations should not limit Cyprus for other aspirations. And Cyprus does know a lot on it as it created an important formula with entering EU membership. As such Euro-Atlantic aspiration is possible as well. Euro-Atlantic Aspiration is an option not an obstacle: Political and ideological aspirations in important democratic organizations, were not and should never be an obstacle to the future of a country that aspires for among others, peace and security. Cyprus has plenty to offer through its Euro-Atlantic aspirations and identity. To support, help and cooperate with. Its people are no less ready than other counterparts of both the EU and NATO. Cyprus has clearly shown evidence that a perspective when envisioned is possible; when and if only leadership is aspired of such values, ethics and wishes. The Republic of Cyprus evidently provided European values and acts upon the European framework which includes elements of solidarity, peace, negotiation and dialogue. It also includes a European-centralized economy but also a globalized market shared economy. A trade route that was so much needed for Europe during the 2018 “Global Trade War” as I once stated in a past article.

Cyprus is aspired by and transpired to and from European and in the hope now Atlantic values.

European framework education results already lead on the way to produce more European ethical and morally ready National, European and Global citizens, interoperable to understand strategic resilience to all democratic led values, based on its human and European rights and more so the right to be and hold a sovereign national, European and in the hope to be Euro-Atlantic identity. Preparedness and Readiness at our Grasp: Cyprus has developed much of its national infrastructure but also ‘societal providence’. Today, in a post-economic recession era, through its recovery mode, its leads on its own way and method, considering years of sound experience, towards, emerging markets and future emerging markets, with neighboring states considering the economic, cultural and diplomatic options, energy and strategic alliances, cultural diversity, technological  knowledge sharing and agility to build on a society that is more technological agile, smart and interlinked from around the world and while travel time allows more closer ties with the country and island. One thing remains and that is the pre-requisite of safety and security for all. Safety and security can be provided by two major elements and organizations; regional organizations that can promote peace, prosperity and alliance burden sharing among others. Europe and its European Union and NATO through its North-Atlantic values and identity. Both complementing the UN Charter, both reflect the prospects for global, regional and national, peace, security and stability. Cyprus is a country with a clear sense of national safety and security. With an national security infrastructure but also a civil defense, that does much more, considering modern and post-modern and future threats and challenges, Cyprus can tailor an aspiration based on specialized elements in which experience is shared by definition. All countries are concerned about methods and ways of countering illegal migration, while protecting national and (for members of the EU) EU borders; countering- all methods of crime and regional or global counter-terrorism; search and rescue methods and deployment of forces with international standards on operations and rules of engagement; crisis management methods at a time of volatility.

Maybe the country was missing the appropriate man-made eligibility element, the framework, the reasoning and the prospects of national infrastructure to complement and cooperate with Euro-Atlantic institutions in the fields of strategy, security and defense. But today’s Cyprus, leaders, public policy administration and private citizens should welcome elements of global market tools, ethics and moral values, needs for providence of and about security, peace and prosperity. The country is located amidst a constantly changing region. Which reflects even more so the need to continue to be stable, growing and projecting the future option of conducting business and living in peace and harmony at an area that otherwise is vulnerable.

European and Atlantic Aspirations of democratic values and ethics cannot be withhold.

By 2018, Cyprus’ multilateral and trilateral and bilateral alliances will and should result to more support to global aspirations and a true dialogue of future options and opportunities considering current challenges and possible threats. Alternative options are routes of sources man-made and capable to support exploitation of natural resources at sea and land. Values, are shared by others. Including enemies. We just need to find the common values that we share most that bring us together rather than apart. In the field of security for example a global attack from a cyber-attack or a natural destruction can become the start of a great dialogue. In order to be cooperative we need to find joined interests. To develop cooperation and friendships. Leaders should show negotiation skills and progress at time of greater management. Negotiations but more so willingness to proceed, provide such ample opportunity. Dedication leadership, maturity and responsibility for the country are seen as inspirational. Those options are aspired by: An Atlantic aspiration; an Atlantic identity that will generate the last missing piece of puzzle on and about integration to the Euro-Atlantic mechanisms. Note to the reader: The below article is a reflection of the personal and scientific opinions solely of the reader and do not reflect any other person, public affiliate or government entity. DISCLOSURE All written content of this article on this site is the exclusive copyright property Strategy International (SI) Ltd and the author who has written It. No use can be made unless there is a written prior request and consent by the author and company. Requests can be made at [email protected] 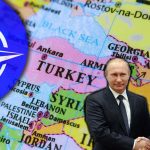 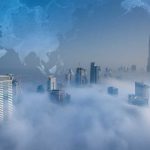