Defence & Military Europe & Eurasia Opinion Editorials Peace & Conflict Resolution Regions Strategic Affairs Topics Type
By Dr. Marios Panagiotis Efthymiopoulos* The agreement between two sides, Greece and Former Yugoslavian Republic of Macedonia (FYROM), reinstates the regional global importance and foreign interests, politically, economically and culturally. Foreign powers deem as important of the geo-strategic, economic and energy location of the two countries, notwithstanding, other global limitless opportunities. The Global Strategic Framework. In the world of global politics, leaders lead and take decisions considering global benefits but also losses; considering, not only the national or local but also the global framework of strategic, political and business cultures; A “Game of Thrones” is created. Who comes first, with which strategic tools and sound support, wins; How to solve disputes, such as the name and sub-sequent disputes between the two states, matters; How to progress and face possible emerging regional and global challenges, matters. And we are already facing disintegrating Balkans and a regional Turkey that seeks to challenge just everything and no matter what. Depending on variables, symmetrical or asymmetrical, we will be lead to possible outcomes. We will need to somehow allow, actual global regional growth and development of the region to take place. Alternative is to render FYROM unstable, with all possible domino-effects at sight, thus, leaning towards Greece but also towards Bulgaria, Kosovo, Serbia, Albania and Turkey, which latest, craves for such a case. But we should be aware of the cost of allowance. There is a Locality vs Globality aspect value attached to both signatories at this time. Both sides of the signatories, signal a possible window of opportunity that seems open for Globality rather Locality. One would wonder for what and at which cost? Either sides, have ignited a process that is expected to constructively develop, with sole, at this time, certain winners to be, the global and main regional actors; future organizations to be, involved with directly and indirectly with strategic business investments, cultures and foreign direct investments in the region with minimal assets for the nationals involved. We therefore should be cautious on the agreement sides politically rather than legally and steps that will be taken onwards.

International Actors. The case of NATO, the EU… and Russia

NATO’s position to the matter is quite clear and sound. A solution to the name and subsequent issues will reflect a consensus decision to invite FYROM to NATO. The country aspires to join the Alliance. This will be completed in July 2018 if all required agreements are put to place by then. The relatively newly established, “Ohrid Group” is reflective towards the Transatlantic future and subsequently to the negotiation steps and methods to the EU, which already welcomed the signing of the two sides. The EU, welcomes all kinds of political developments between the two sides and is “open for business”. It is increasingly important for the EU to seek out a tangible, regional, at least, role with however a global development framework perspective. The EU, is on a direct line to turbulent times, that are to come for the EU. The Brexit is “at portas”. Possibly more negative vibes will follow. Turkey: “Neighborly” relations with FYROM depends solely on Turkey’s vision and investments. FYROM is becoming slowly a proxy for Turkey. Turkey’s, FYROM however is expected to become a “Trojan Horse”, according to the article of Professor Alon Ben-Meir and Arbana Xharra, as extremism and fundamentalism seems to blossom in the neighboring state with the support of latter. The US link. FYROM’s progress creates momentum for a so much requested fixed agenda on the western Balkans. It is of paramount importance for the US knowing the current situation in neighboring other states in the Balkans and the Russian economic ties. The Regional link: As Edward Joseph states in “Foreign Policy”, neighboring countries have “advanced a narrative that has undermined FYROM”. As: Bulgaria challenges FYROM. On the Language and therefore nationality and identity. Bulgaria will play a pivotal role not only on the NATO levels but on the aspiration of FYROM in becoming an EU member state. The Church of Ohrid as Edward Joseph states Serbia wants to have a clear saying. I would add also, the recent letter from the Church of Ochrid to Fanari in Constantinople, requesting re-unification of the Church to the ecumenical patriarchy that is of key importance; The Albanian minority, will now seek in FYROM more rights and to state, as partially co-government members of the Zaev reformist Government. Huntington’ s “Map of Civilizations” strategic points are expected to take shape in the southeastern part of Europe. Among others: 1. “The Re-distribution of power”. Greece’s trilateral alliances to a possible quadruple helix is yet to be unfolded. 2. “Supremacy of Civilizations”: Referring to language history, traditions and identity. In the case of FYROM, it was required to hold those; that is why Greece did not resist; a really bad mistake from the side of Greece, for which reasons are plenty and are mentioned below:

Pragmatic Reality: Greece did not resist so as to “comfort” FYROM’s aspirations towards its aim, NATO and the EU, as strategic stakes are higher considering challenges in the Balkans. Solid assurances in return to Greece on some important issues in its foreign policy agenda were not provided. In terms of bilateral relations, and I question, where are the economic, political and historical assurances required in terms of Foreign and Defense policies by other global powers? Regional incentives for cooperation and growth are yet to be given. In as today there are no solid proof of a legally binding opportunity. By the time of entrance of FYROM to NATO and the EU, we fear that Greece may lose the opportunity to increase its trade opportunities. Finally, although bringing the two sides together is an important step forward, strategic development and planning ahead for the next day is missing. Greece’s attempt to map a strategic plan of quadruple now helix of alliance measures is not assured just yet. Historical Pragmatism Any history of Greece is not debatable, negotiable and cannot be duplicated. It was not made clear in public and global media during the signatory between the two sides. There was not a single definite and clear statement made for the purpose of public use and historical understanding. That was a mistake. In contrast, FYROM’s PM Zaev, referred to Macedonia over and over again; while the PM of Greece held his neutrality on mentioning names at this “initial” stage to as we said “comfort the opportunities that are at his grasp”. Withdrawing from namely the historical issue, gives leverage to current and future state of affairs in the neighborhood. What therefore actually remains to be discussed between the two countries are: 1. the National and Foreign Direct Economic Investments 2. Creation of logistics, 3. sufficiency of energy, 4. water resources among others, 5. Education and cross-cultural 6. Trans-religious dialogues with other religions. This requires marking and making possibly first Thessaloniki and Greek Macedonia the “Hub of the Balkans”, where mass investment comes first, where however, Russians have also a sound economic saying already adapting to the western world. this article is originally published at efthymiopoulos.gr @all copyrights reserved by author *Associate Professor of International Security and Strategy. Visiting Professor College of Law, UCLAN Cyprus & Head of Strategy International. DISCLOSURE All written content of this article on this site is the exclusive copyright property Strategy International (SI) Ltd and the author who has written It. No use can be made unless there is a written prior request and consent by the author and company. Requests can be made at [email protected]
Albania Bulgaria Challenges EU FYROM Globality Greece Locality NATO Russia Turkey 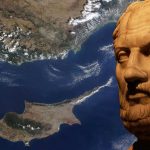 The “Thucydides Trap” and the Republic of Cyprus energy security 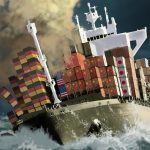