The “Thucydides Trap” and the Republic of Cyprus energy security

Introduction
The present article considers the exploitation of the hydrocarbons found on the Republic of Cyprus (RoC) Exclusive Economic Zone (EEZ) being the main reason for the confrontation between the Republics of Cyprus and Turkey. Even though the so-called “Cyprus problem[i]” is still ongoing, the present article believes Turkish officials consider the RoC energy program a more significant threat to their state’s security.  The present article is the first in a series of brief, but hopefully not descriptive, ones focusing on the energy confrontation between the RoC and Turkey.
Through this series of articles the author aims to:

Thus, this first article focuses on the so-called “Thucydides trap” and its possible application on explaining the current energy security relations between the Republic of Cyprus and Turkey.
Theoretical Background
In 2015 Ang, B.W. & Choong, W.L. & Ng, T.S.[ii] published an article in which have argued that between 2001 and 2014 in literature have presented 83 unique definitions trying to clarify the term “energy security.” Given the fact, both the RoC and Turkish officials consider energy security being, first and foremost, a foreign policy issue the applied definition must be under this scope. At the same time, the author understands foreign policy as a complex and fluid phenomenon that its analysis requires the simultaneous application of multiple variables. Based on these, applies Natalya Esakova’s[iii] (2013:184) definition considering energy security as  “an umbrella term that covers many concerns linking energy, economic growth, and political power and, consequently, requires a multifaceted approach comprising a broad range of different issues.”
Regarding the “Thucydides trap” Graham Allison (2017) applied it to explain the relations between the USA and China and whether those can end up in a military confrontation. In particular, Allison (2017: xvi) presents Thucydides trap as “the natural, inevitable discombobulation that occurs when a rising power threatens to displace a ruling power. This can happen in any sphere. But its implications are most dangerous in international affairs…. this phenomenon has haunted diplomacy in the millennia since.”
The current energy security situation and the “Thucydides trap.”
Since 2015 we witness a constant attempt from the RoC officials to separate the negotiations for the settlement of the Cyprus problem from the state’s energy program. On the other side, we witness an attempt from Turkey, accompanied by the so-called “Turkish Republic of North Cyprus[iv]” (TRNC), to cancel or delay as much as possible the particular energy program. Turkey’s most recent action for delaying, or even cancel, the RoC energy program took place between February and March 2018. During this period the Turkish fleet executed a series of navy exercises within the sea block 3 of the RoC EEZ. These exercises made the Italian based gas enterprise ENI to stop, according to its CEO temporarily, its drilling schedule on the particular sea block. Of course, someone can argue that the Republic of Turkey had the right to do those exercises on the sea block three as it is within the international waters. It is beyond the scope of this article to focus on the particular case study the author will limit the discussion on the two issues:

At the same period, both the TRNC and the Turkish officials accuse the RoC that has preceded to exploitations without taking into consideration the opinion of the Turkish Cypriots. The leader of the TRNC Mustafa Akinci has taken this a step further. In particular, he tried to link the exploitation of the hydrocarbons with the settlement of the Cyprus problem by expressing his none willingness to participate in a new negotiation process if the issue of hydrocarbons is not part of the discussion.
According to Deborah Sanders[vi] (2016), the main reason Turkey proceeds to all those actions is the fact that the RoC energy program is a threat to Turkey’s corresponding program. Given the fact, the Republic of Turkey is not a hydrocarbon producer it aims to become the most prominent energy hub to the European market. On the other hand, the exploitation of the hydrocarbons found on the RoC EEZ accompanied with the trilateral energy agreements signed with Israel, Egypt and Greece can reduce the EU dependence on the Turkish pipelines. This development is by definition a threat to the Turkish energy security in particular and consequently to the state’s security in general.
Thus, this threat to Turkey’s energy security combined with the tendency of some analysts bases their arguments on Thucydides[vii] made them try to present Turkey’s response through the application of “Thucydides trap”. The present article does not intend to focus on the Turkish actions in regards to the RoC energy program; this is the aim of an upcoming article. In contrast, the present article tries to evaluate whether the “Thucydides trap” can act as a theoretical background to explain the 2018 relations between the RoC and Turkey.
Even though the author considers the Turkish attempts to delay, or even cancel, the RoC energy program both natural and expected this article believes the “Thucydides trap” cannot explain the particular response. The author bases this argument on two reasons.
The first reason is related to the incompatibility of the independent variables applied by Allison to the examined case study. More specifically Allison sets as his “independent variable … a rapid shift in the balance of power (correlation of forces) between a major ruling power and a rising rival that could displace it.” In the case of Turkey-Republic of Cyprus relations even if we consider Turkey as a significant regional power in no case is not a ruling power either in the region or even more in the global political arena. Even if someone has a different opinion, in any case, the Republic of Cyprus cannot be considered a rising rival that could displace it. It is beyond the scope of this article to explain the reasons making the author considering the Republic of Cyprus as a non-rising rival for Turkey. Thus, the author will limit his discussion on a single argument. Whereas Allison considers China able on the upcoming future to threaten the economic supremacy of the US in the global market on the examined case the difference on the GDP between Turkey and the Republic of Cyprus is so big that such a threat is out of the question.
The second reason is related to the dependent variable Allison applies. In particular, Allison has set war as the dependent variable. Allison presents a series of scenarios where China’s reaction on the US attempts to stop its rising influence on South East Asia brink the two states to war. Intentionally the author does not apply the word “war” but prefers the phrase “acts of violence” as some of those scenarios begin with the application of significant military actions, but all of them end up with de-escalation before a generalized conflict. On the examined case study the RoC response on Turkey’s attempts to cancel its energy program, at least so far, shows its willingness to avoid the application of military means. As both the President of the RoC and the former Minister of Foreign Affairs have explained military confrontation is not a solution.
On the other hand, the non-application of “Thucydides trap” on the examined case study it does not mean the author considers the relations between the two states not tensed or they cannot lead to acts of violence. Although the author considers a generalized conflict a very remote scenario, there is always the possibility for an armed confrontation on a significant time and place. In particular, the present article considers an armed confrontation between the two states possible in the following cases:

Summarizing the above, the Cyprus problem and the exploitation of hydrocarbons are the main reasons making the RoC being in a continuous foreign policy crisis with Turkey. Both states try to take actions so that they can increase their security and safeguard their interests. Without a doubt Turkey, mainly due to its national power, supremacy has a strategic, operational and tactical advantage. However, the RoC can apply significant actions to shrunken this power gap. The question posed here is: which are those actions? This is the main topic of discussion on the next article.

[i] Briefly, the Cyprus problem is the result of the Turkish invasion in the island of Cyprus in the 20th of July 1974. To justify the invasion, the Turkish government officials have argued they have invaded the island to safeguard the lives of the Turkish Cypriot minority. As a result, Turkish troops occupied the 36,9% of the island, and in 1983 Turkey allowed the Turkish Cypriots to establish there the Turkish Republic of North Cyprus (TRNC).
[ii] Ang, B.W. & Choong, W.L. & Ng, T.S., 2015. “Energy security: Definitions, dimensions and indexes,”Renewable and Sustainable Energy Reviews, Elsevier, vol. 42(C), pages 1077-1093.
[iii] Nataliya Esakova, 2013. European Energy Security: Analyzing the EU- Russia energy security regime in terms of interdependence theory
[iv] The author includes the TRNC in brackets, as it is an entity not recognized as a sovereign state either from the United Nations or any other individual state besides Turkey.
[v] http://ceogs.com/about
[vi] Deborah Sanders, 2016. “Maritime Power in the Black Sea”, Routledge, New York
[vii] http://cceia.unic.ac.cy/wp-content/uploads/article08-M.Kontos-9-6.pdf 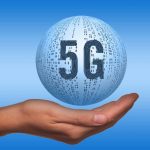 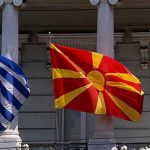