Sleeping With the Enemy

By Kleanthis Kyriakidis, Editor of SESSTL Journal, Senior Scholar Strategy International
All rights Reserved. No prior copy or reference without written consent of author and Strategy International
Watching Cairo, Tripoli and Damascus literally in flames, we all ask the same simple question: “and now what?” Since we cannot order our own specially-designed pro-Western democracy in these countries, a “democracy a la carte”, what else is on the menu? Dealing with our darkest fears, we have to negotiate and cooperate with all democratically elected governments, even perceived foes. Neglecting the popular sentiments and preferences of peoples would eradicate partnerships not to mention our leadership role in the Middle East.
Almost a decade after Iraq, the mission seems almost accomplished. Winds of democratic reform sweep the entire Middle East. Why is anxiety our overwhelming feeling instead of happiness? We feel a chill having to deal in Egypt with a Muslim Brother instead of Hosni, who had been a true “brother”. We still don’t even consider about talking to a Hezbollah government in Lebanon, as we have refused to sit on the same table with democratically elected Hamas in Gaza. Nonetheless, they are definitely on the menu.
The Middle East “appetizer” in Lebanon is Hezbollah. Judith Palmer Harik, an American Professor of Political Science at the American University of Beirut, assessed in a wonderful book entitled “Hezbollah, the Changing face of Terrorism” that the group “transformed itself from a radical, clandestine militia to a moderate, mainstream political party with a resistance wing”. If Hezbollah could and did collaborate in elections with its former enemies, the Christian Phalange Party and the National Liberal Party, why can’t we include them in our foreign affairs agenda? After all, they have not targeted a Westerner (European or American citizen) for 30 years.
Of course, the Middle East “main dish” is Hamas. In Gaza, there is no doubt about the popularity of this “islamist-nationalist” party. In Western-monitored elections, it dominated the political landscape, but we refused to include it in our negotiations, in our roadmap towards a viable solution to the Arab-Israeli conundrum. What kind of a solution could exclude and ignore the will of the Palestinians who live under enormously cruel conditions in this area? We have to be pragmatic; if Ehud Barak could speak to Yasser Arafat, surely Hilary Clinton can clear an Envoy to meet with Hamas’ leaders. This could send a message to both the Arab peoples, and to strong Washington lobbies, that we first and foremost respect democracy and self-determination.
Last but not least, our “dessert” is the Muslim Brotherhood in Egypt. Our “model-President”, Hosni Mubarak, after suppressing the demonstrations of his own people fell and democratic reforms followed. The initial reaction, through American President’s address was to advise caution for both sides, equating the demonstrators with the government, the oppressor with the oppressed. Later on, we learned that we had to deal with the Egyptian people and the Brotherhood. But, there is a good reason not to worry too much about the Muslim Brotherhood. In Jordan the Brotherhood has been the parliament’s largest bloc in 1989 and had since many ministers, even a prime minister; but the pro-western policies remained intact.  The Muslim Brothers are neo-liberals as regards economics and even if they theoretically reject most political systems, they support capitalism as an economic system. Moreover, they are pragmatic. They need the huge American aid and would still have to trade, use the Suez Canal, keep peace with Israel and go on co-operating with the West in vital sectors, like tourism.
Given our options, in the Middle East, we should just choose the predictable “prix fixe” menu instead of insisting upon a specialized “American-style” democracy, that projects our values and protects our interests. Our own democracy is good but imperfect, so we should not expect anything better in the Middle East. After all, the West – namely the US – keeps Guantanamo open and regularly exercise the death penalty along with China, North Korea and Iran. American and European administrations want Assange behind bars and are reluctant to change their attitude despite the economic crisis letting their people down. We cannot ignore the popular feeling in our countries and even more in other countries, even if we fundamentally disagree with their choices. Therefore, we should speak with the governments that will follow the still unstable situation in Libya, the bloody civil war in Syria and all the “Islamist” or even “terrorist” governments of North Africa, Lebanon and Palestine.
It is time for EU and America to regain their credibility in the Middle East, by taking the side of the people: Democracy will somehow prevail, as history illustrates, and it would be a fatal mistake to disregard the popular will out of myopic self-interest. Russia is playing with fire in Syria, taking the side of the oppressor. We must learn to cooperate with our democratically elected “opponents”. And if someone might argue “Do you suggest that we sleep with the enemy?” the obvious answer is that it is both the only moral and only sensible thing to do. 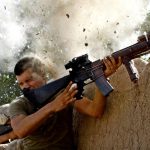 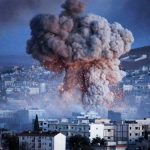