By Efthymios Efthymiopoulos (MBA) Vice-President of Strategy International
The threat of piracy may be considered as being used to justify naval spending. In direct terms, this leads to an environment of increased naval activity that is potentially destabilizing, with greater numbers of aircraft, warships and submarines at sea, including in areas such as the seas of East Asia, where sovereignty disputes and bilateral tensions already exist.
Relatively speaking, defense spending has a high opportunity cost as it sways away from resources of important studies for economic development, social improvement and poverty alleviation. As far as the international shipping industry is concerned, the direct economic losses as a consequence of piracy seem to be relatively low; insurance premiums, however, for ships passing through piracy-prone areas have increased due to the increase on attacks as well as possible threats. Much also depends on the quality and training of the ship and its crew. A ship of value, is more likely to operate under a well-trained and motivated crew, taking all precautions against hijackings. Yet, insufficient attention has been given to the responsibilities of flag states and ship-owners in preventing piracy.  The financial state of the international shipping industry has led to greater numbers of unemployed or underemployed ships and cost-cutting measures that are contributory factors to the increase in piracy. Flag states should be more proactive in ensuring ships are not vulnerable to attack, and a closer look at the problem of sub-standard ships, their vulnerability to attack and the consequences of the shipping recession for maritime security.
From a financial standpoint, there seem to be a plethora of “twisted” true statements with the current situation; meaning that apart from the financial benefits pirates may enjoy, many organizations actually benefit from this phenomenon. The media gets a really great story. Marine insurance companies increase their premiums even though the insured vessel, even if there is a relatively low risk of attack. Prime example of this is Lloyd’s, the world’s largest insurance market. Lloyd currently lists extensive areas of the Indo-Pacific region as war risk areas, including Djibouti, Somalia and adjacent areas of the Indian Ocean, the Gulf of Aden, Yemen, Pakistan, Sri Lanka, the ports of Balikpapan and Jakarta in Indonesia, the Sulu archipelago and the north-east coast of Sumatra.
Ship hijackings off the coast of Somalia, have possibly created a new business for private security companies, responsible of arranging ransom payments,for a large fee recoverable from insurance. Private security companies win all-round from piracy, conducting risk assessments, offering protection services for ships and crews, even deploying armed escort vessels. Their activities are supported by the United States, which has mandated for US flag baring vessels to embark alongside private security guards. The admiral in command of US naval forces in the Middle East has praised the actions of private security guards who thwarted a second attack on the US-flag container ship, Maersk Alabama.
Naval fleets also benefit from piracy too. At a time when the budgets of most Western navies are under pressure, piracy allows them to flex their budgetary muscles when demonstrating its utility. As the executive overview to the latest Jane’s Fighting Ships observes, “the pirates of Somalia have performed at least one useful purpose over the last year: they have provided a much needed reminder of the importance of the sea and of potential threats to global security”. Asian Naval forces for example between 2003 and 2008, have spent an enormous amount of time and money; China’s defense budget increased to 12.1% per year, Republic of Korea by 6.7% , the Association of Southeast Asian Nations by almost 4% etc. Naval capabilities have now secured a major player role when budgets are being put together for defense spending. Opportunity lies vastly off the Horn of Africa; EUNAVFOR, EU’s anti-piracy operation off Somalia, is reportedly costing a cool $700 plus million per year.
Piracy is a serious issue, and a complex problem that needs to be kept in perspective. As a previous Commander of naval operations off the Horn of Africa recently observed, the piracy problem is “over publicized”. Piracy is prone to exaggeration about the true interests and contributions of stakeholders. There are some inconvenient truths about sea piracy that need to be appreciated. 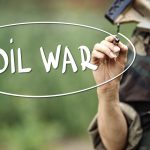 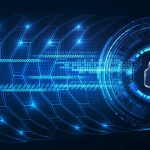 A New Era Of Cyber Attacks